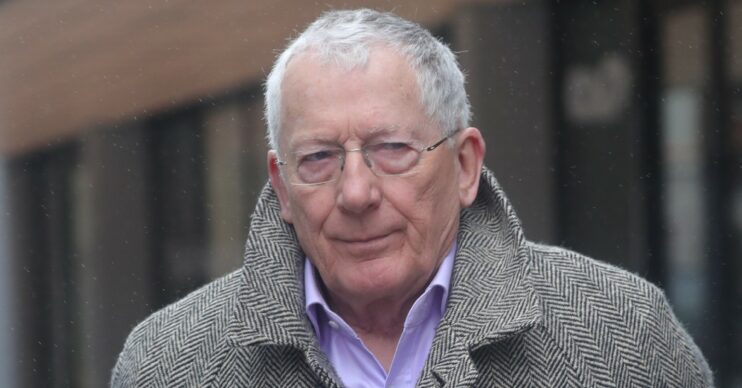 Pilgrimage star Nick Hewer takes blame for his marriage breakdown: ‘It was 100% my fault’

Nick is set to appear on BBC Two's Pilgrimage tonight

Nick Hewer is back on screens tonight as one of seven celebrities taking part in BBC Two‘s Pilgrimage: The Road to the Scottish Isles.

Before joining the all star line-up, Nick previously opened up on his split from his first wife Margo Spindler.

Nick Hewer on blaming himself over marriage breakdown

Nick and his then-partner Margo wed back in 1973.

During their marriage, the couple had two children together, James and Kate.

However, after 12 years together, Nick and Margo decided to divorce in 1985.

Back in 2012, the former Apprentice star and Countdown host opened up on the reason behind their split.

At the time, he told The Guardian: “My first marriage broke down because of my work and that is, and remains, a cause of great sadness.”

Following his divorce, Nick went on to find love again with partner Catherine.

The couple have been dating since 1996.

Speaking about their relationship in 2020, Nick told The Mirror: “It works because Catherine and I are too busy to spend every waking moment together.

Read more: The Apprentice: What are Nick Hewer and Margaret Mountford up to now?

“I am always travelling and I ask her to spend time with me but she wants to do her own thing and runs a successful business.”

In addition, he said: “But I am trying to spend more time at home. My first marriage suffered as a result of me always working.”

In recent years Nick has decided to step back from work.

Nick enjoyed almost 10 years on the show before announcing his shock departure in December 2020.

It came as Countdown returned to screens after a break due to the COVID-19 pandemic.

The series will see seven celebrities “follow in the footsteps” of Saint Columba and embark on spiritual journeys of their own.

Pilgrimage: The Road to the Scottish Isles begins on Friday 8th April at 9pm on BBC Two and BBC iPlayer.