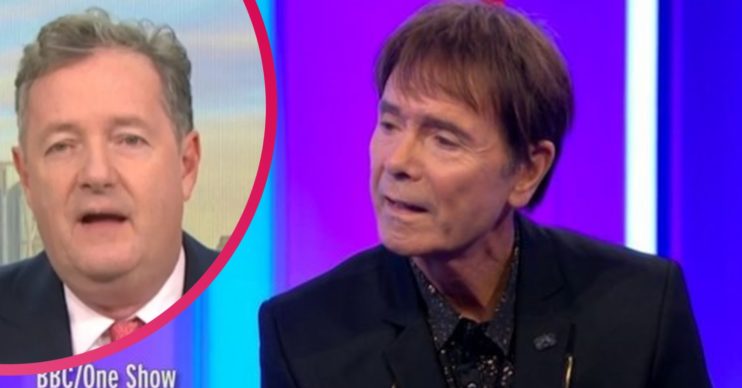 It was a very painful episode in the singer's life

The singer’s appearance will reportedly cover the two-year period in which Sir Cliff faced allegations that dated all the way back to 1958 and spanned across three decades.

According to The Sun, Piers will bring up when Sir Cliff’s home was raided by police in 2014 in relation to the investigation.

Police later dropped its investigation in 2016, and no charges were ever brought against the singer.

The episode will reportedly air as part of a series that will also include Hollywood actor Rupert Everett.

When will the new series of Piers Morgan: Life Stories air?

ITV has yet to officially announce the line-up for the series, which is set to air at a yet to be revealed date in 2021.

Why did Cliff Richard quit the UK?

Last year, his close pal Gloria Hunniford revealed that his ordeal had left him “disillusioned” with the UK.

Gloria, 79, told The Sun newspaper: “Cliff won’t come back and live here. He has made that jump now and was very disillusioned with what happened.

“He likes the anonymity in America. Some people recognise him but he does not get it all the time like he does here.

“His place is in New York and he likes it there.  He loves coming back to perform occasionally and is looking forward to playing summer shows this year.

“But I don’t think he will ever live here all the time again.”

What did Cliff Richard say about his ordeal?

Cliff has previously insisted he would never have got through the ordeal without his Christian faith.

He said of his religion: “I can only say it’s the major thing that helped me get through the past four years. Having no faith would have left me hopelessly lost and in the dark.

“My good friends were always there for me and I couldn’t have done without them either.

“But in the end, when you say good night and you close your eyes, there’s nobody else but you. But for me there was someone.”