Piers Morgan has offered to pay a veteran's TV licence after the BBC made the decision to scrap licences for millions of people over 75.

During Tuesday's Good Morning Britain, the presenter branded the broadcasting company "disgraceful" over the decision, which will affect 3.7 million pensioners.

Piers was raging after discovering a recent GMB guest, Thomas Cuthbert, would be among those to lose access to his BBC TV licence. 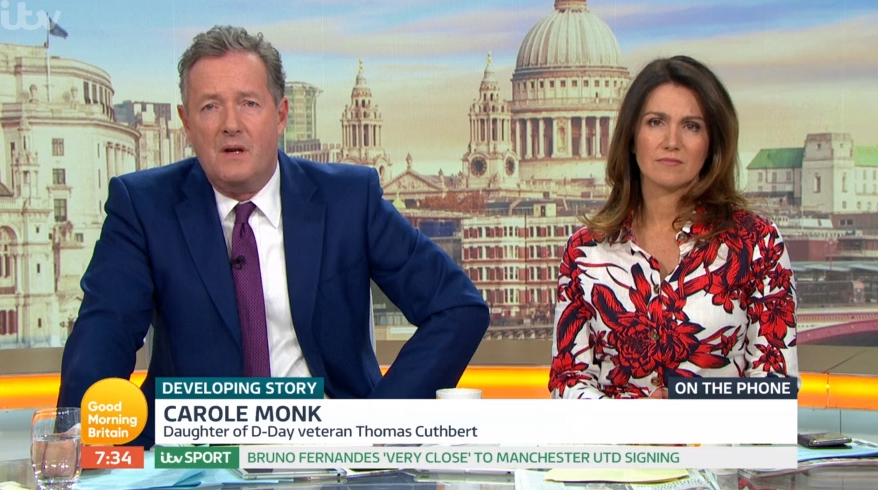 Piers was raging after discovering Thomas would be among those to lose access to his BBC TV licence (Credit: ITV)

D-Day veteran Thomas, 93, hit the headlines when he met President Trump at the recent D-Day commemorations and proceeded to flirt with his wife, Melania.

On Monday's edition of GMB, Thomas then moved on to Piers' co-star Susanna Reid by calling her "beautiful".

She said: "I'm totally outraged by it. [My father]'s going to be pretty angry. The veterans, all the elderly depend on the TV. It's their lifeline.

"It makes you wonder what next they are going to do to them." 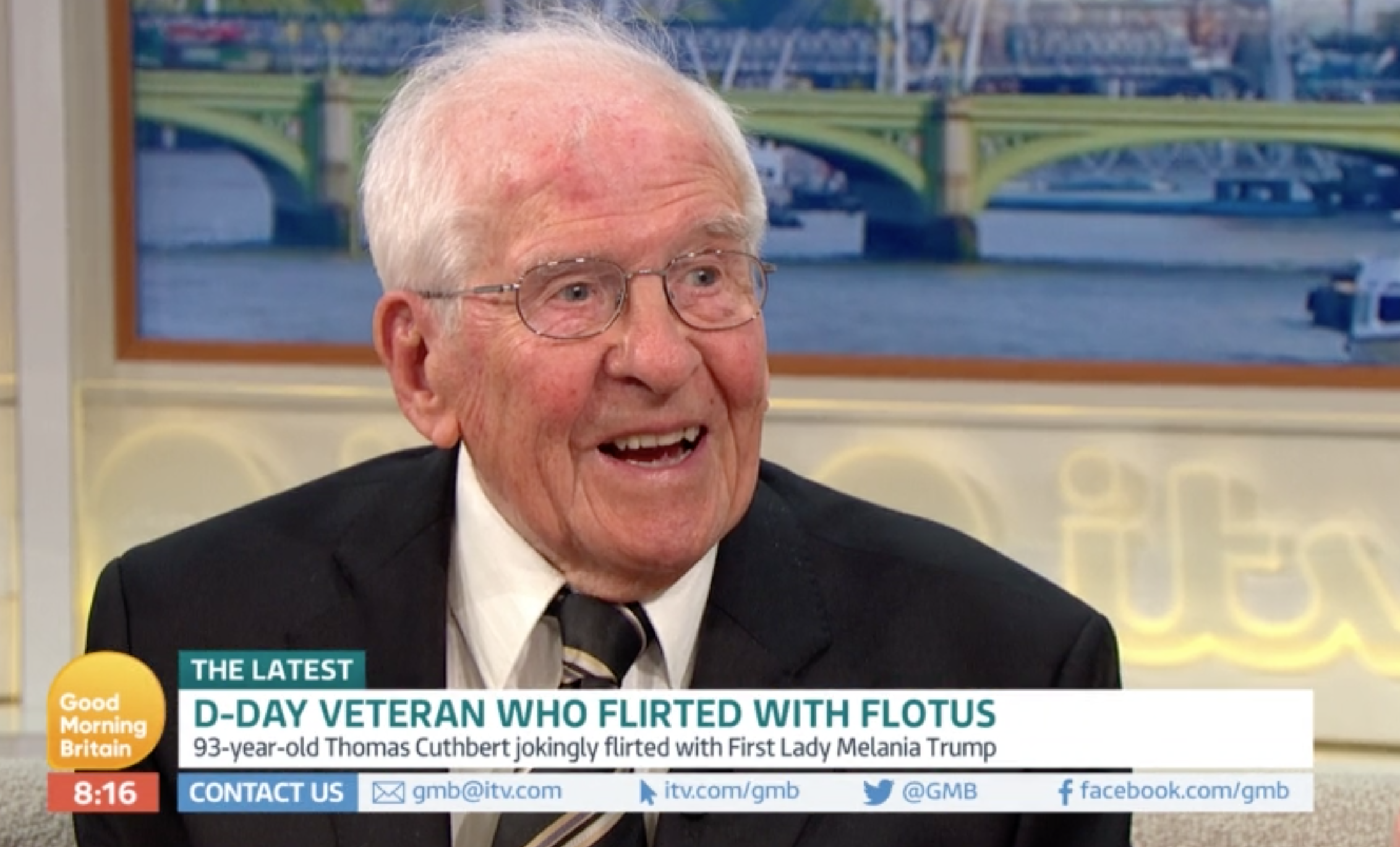 Carole added that the family will hopefully be able to help Thomas pay the fee, but said he will "possibly have to make choices".

I will pay his TV licence for as long as he needs.

Piers told Carole: "I will pay his TV licence for as long as he needs. Whatever happens, he moved us so much yesterday on this show.

"I'm not having him pay for a TV licence. Take it from me - I will pay for his licence."

Carole said: "Thank you. That's very kind of you."

It comes after Piers slammed the BBC for their decision to axe free licences.

He said: "I'm hopping mad on behalf of 3.7 million pensioners who have now woken up to this.

'Shame on the BBC for doing this, they should be forced to do a U-turn and cave on this.'@piersmorgan gives his thoughts on the BBC's decision to scrap free TV licences for pensioners. #GMB pic.twitter.com/HkSp8LFYTW

"That number includes all the D-Day veterans, the ones who we have just spent a week saluting."

"It’s absolutely disgusting. I blame the government of the day which four years ago, signaled that the responsibility would fall to the BBC.

"I absolutely blame the BBC as well. They might be rivals of ours, but they are rivals who are paid for by the public purse."

He added: "You're going to tax D-Day veterans to watch telly - shame on the BBC for doing this, I think they should be forced to do a U-turn." 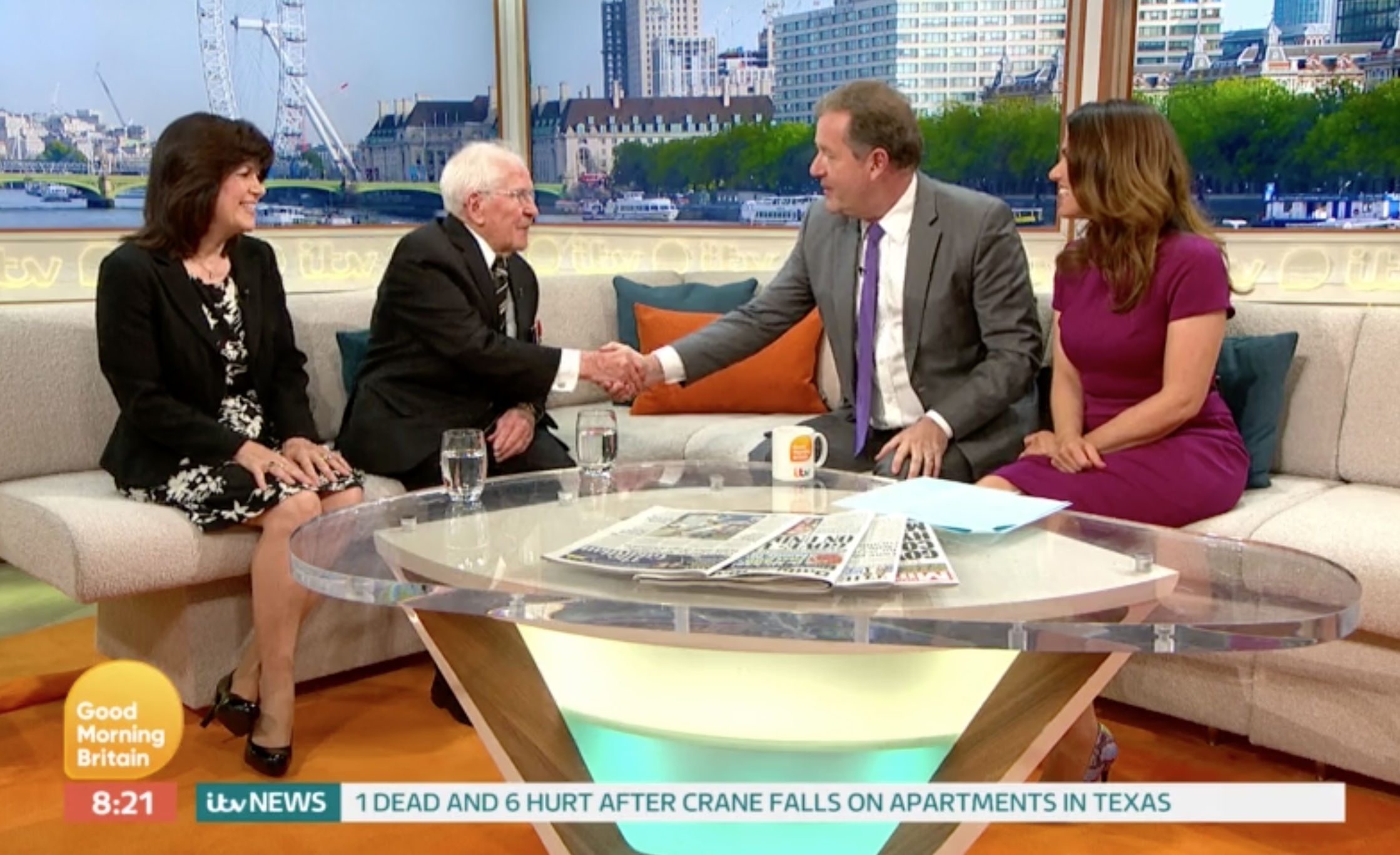 Read more: TV licence fees for over-75s will be means-tested

It comes after Chairman of the BBC Sir David Clementi said: "Linking a free licence for over-75s to Pension Credit was the leading reform option. It protects the poorest over-75s, while protecting the services that they, and all audiences, love.