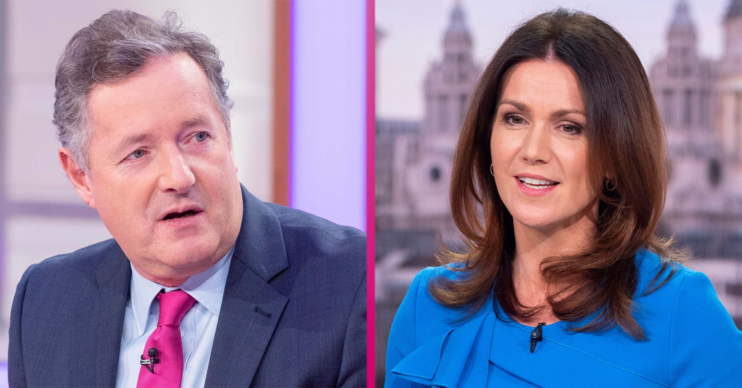 Ben Shephard will fill in for the Good Morning Britain host

Piers Morgan marked his “last day” on GMB this morning (May 21).

Along with Susanna Reid and Dr Hilary Jones, the presenter is taking some out from the show.

The three will not be appearing on Good Morning Britain at all next week as they have been given annual week.

When Susanna insisted it wasn’t their last day ever, Piers quipped that might not be the case.

“You never know these day,” he joked as a petition to get him sacked has now attracted more than 60,000 signatures.

Piers went on to open up about how he’ll be spending his time off.

“Everyone needs a little bit of a time out to think about all this,” he said.

“I think a lot of things will have to change, some through necessity, some because we’ve just got used to a new way of doing things.

“Office life is going to be very different isn’t it.”

The host then suggested that working from home may be the new normal for many UK worker.

With the worst recession in living history on the horizon, he explained that companies may want to reduce what they spend on renting out office spaces.

“If they need to save money, is it going to make sense to have expensive office blocks when you’ve established you can do most of it from home,” he said.

“That will change the dynamics of work for a lot of people.”

Boris Johnson says the UK will have a track and trace system in place from June. @piersmorgan, @susannareid100 and @DrHilaryJones discuss how the contact tracing app will work.#AskDrH pic.twitter.com/RK9WXkGCfo

Piers revealed that he saw his eldest son Spencer for the first time in 12 weeks yesterday.

“We met in a local park and had a very nice time and chat,” he said. “It was very interesting.

“He’ been working form home – he’s a sports journalist for the Daily Mail – and they’re all working from home quite efficiently.

“There’s nothing they can’t do from home that they can do in an office.”

While the majority of people have been working from home during the pandemic, Piers, Susanna and Dr Hilary have been travelling into the ITV studios daily to host Good Morning Britain.

In recognition of their hard work, show bosses agreed to give the trio half-term week off.

Piers revealed he would be taking some time out earlier on in the week after an exhausting few months.

“It’s been a long old haul hasn’t it,” he added. “I’m going to go upstairs in my top room and have a lovely half term week.”

What do you think of Piers Morgan’s interviewing skills? Visit our Facebook Page @EntertainmentDailyFixand let us know what your opinion.