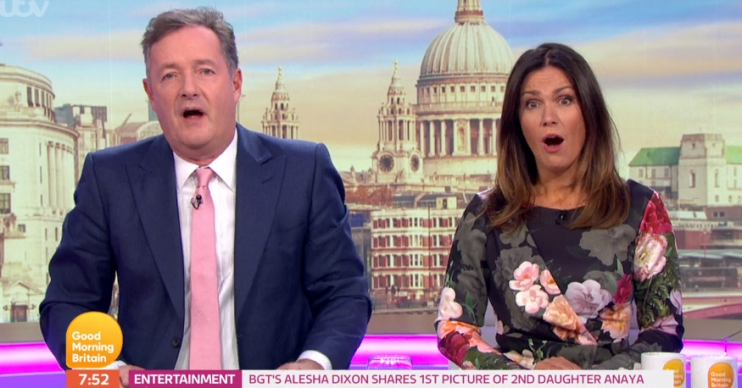 She said he looked "terrible"

The star, 54, revealed he received an email from his seven-year-old little girl Elise, in which she mocked his appearance on the daytime show.

After watching her dad on the show, Elise had something to say about the way he looked.

Piers told viewers: “Just want to say good morning to my daughter Elise who’s taken to emailing me when she watches the show.”

Elise’s email read: “Hi dadda, I’m so tired. You look so bad but I guess I love you in some ways.”

Piers continued: “Thank you Elise. You just waking up telling me how bad I look every morning is not good.

Piers said: “I absolutely can. Elise, pipe down.”

Piers has his daughter with his wife Celia Walden.

Last month, Piers received another email from Elise in which she called him a “pig”.

Piers looked down at his phone and then revealed: “I just got a lovely charming message from my seven-year-old daughter Elise, who watches the programme. Morning Elise!

No better way to start the weekend than beating your highly competitive 7-year-old daughter at bowling. Next time, Elise… 👊😂

“She just sent me a lovely email saying, ‘Hi Pig, you look terrible.'”

He continued: “If you’re wondering why I’m like I am, it’s because that’s my home life. That’s my own daughter.”

He then repeated the email she sent him: “Hi Pig, you look terrible,” with a downcast face.

Looking directly at the camera, Piers told his daughter: “Elise, please, some respect.”