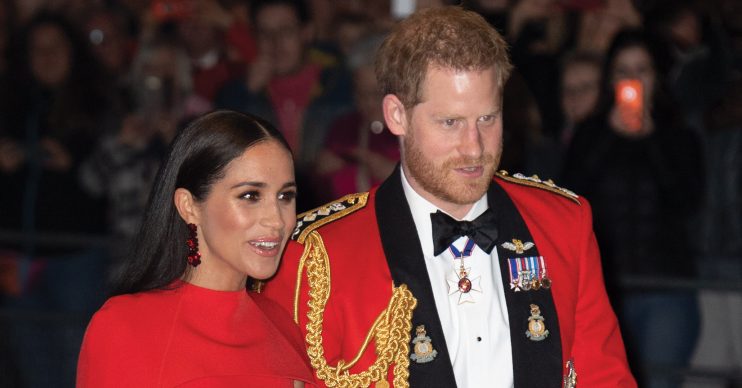 The GMB host says no one wants to hear celebs moaning

GMB host Piers Morgan is no stranger to controversy and today he took another swing at Meghan Markle and Prince Harry.

The journalist has launched many tirades against the former royals.

Today, he slammed the pair, as well as other famous faces for reportedly complaining about lockdown life.

He also praised those working tirelessly amid the coronavirus pandemic, live on Good Morning Britain.

The presenter opened the segment by sharing words from an interview in The Sun with Ricky Gervais.

The comic praised the NHS workers for operating “selflessly” amid the coronavirus crisis.

He went on to say: “But then I see someone complaining about being in a mansion with a swimming pool and honestly I don’t want to hear it.”

Piers wholeheartedly agreed with this. He added that the NHS staff and other key workers as the “real stars” of society.

Piers then admitted the public had lost patience with many famous faces.

The host shared: “We’ve become very intolerant of the ones that seemed so important before.”

Piers launched another of many attacks on former royal family members Harry and Meghan.

After abdicating from royal duties, the couple and baby Archie now live in the USA.

The pair have appeared on the front of the Daily Mail this morning.

Speaking on living abroad Harry has reportedly revealed that he is finding it “challenging”.

In response GMB host ranted: “Of course this grates, they are in their mansion that they are probably not even paying for in Malibu in Los Angeles self isolating and probably not having to do anything at all! Nobody wants to hear about Prince Harry’s challenging life.”

Susanna Reid agreed: “Not when medical staff are finding every day challenging.”

Piers continued: “It’s not him giving this interview, it is a friend who said it but don’t come out and say how difficult it is for Harry.”

Piers Morgan added: “We don’t want to hear the struggles of celebrities in multi million pound mansions. Just do it.”

“It just grates. I am very mindful of how lucky I am, we are all well paid and on national television. We have relatively comfortable lives.

“The idea that we would ever position ourselves as having a challenging time would be ridiculous. ”

Piers ended his speech by saying:”There are more things to worry about than the struggle of millionaires in mansions.”

Total number of f*cks the British public give about these two announcing their ‘plans’ from Hollywood right now: 0. https://t.co/2XtRMzBlJ6

Recently, Piers Morgan also criticised the former royals for unveiling a charity amid the COVID-19 pandemic.

His long-running feud with Meghan has been a hot topic of conversation for Good Morning Britain star Piers Morgan.

Back in January speaking to OK!, Piers shared his opinions of the royals.

Calling Meghan “a total piece of work”, Piers revealed that he could never bury the hatchet with the former actress, who he was once friends with.

The controversial host added: “Anyway, my guess is that Harry will be back on the market in the next two or three years.”