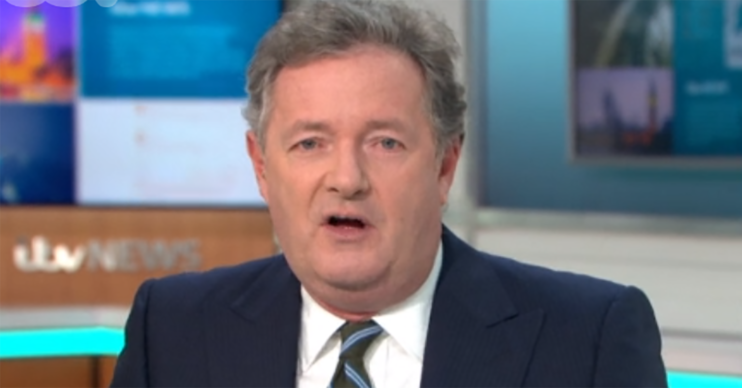 He spent all weekend in bed with heat exhaustion

TV’s Piers Morgan was left unable to breathe as he was struck down with heat exhaustion.

The 55-year-old TV presenter was bedbound over the weekend after spending Friday (June 26) in the blazing sun playing golf.

The star revealed he could barely speak or walk as a result.

Speaking about the warm weather on Good Morning Britain on Monday (June 29), Piers said: “I actually loved it, but I then got heat exhaustion.

“I woke up on Saturday morning and suddenly went ‘Woo, woo.'”

He continued: “I hadn’t had a single thing to drink, I had heat exhaustion, I spent two days in bed.

“I basically couldn’t walk, couldn’t breathe. I could barely talk.”

Piers treated his condition with plenty of bed rest and rehydrated himself by drinking fluids.

However, he alarmed the show’s resident medic Dr. Hilary Jones” when he mistakenly said he had treated the problem with “diuretics”.

The 67-year-old doctor warned: “That means you get rid of fluid.”

His co-star Susanna Reid clarified the medication is used to help people shift their water weight.

Piers quickly corrected himself, saying he was actually taking the rehydration treatment Dioralyte, which works by replacing the water and salts lost from the body.

He reassured fans: “I wasn’t on diuretics. Happy to be this chunky.”

Meanwhile, the presenter received tweets from viewers saying he looked ill, and one described him as having a “bloated face and pinhead eyes”.

Piers read: “I’m getting a few concerned thoughts on Twitter. Am I OK? I’m looking ill.

I spent all weekend in bed with heat exhaustion after playing golf on Friday.

The TV presenter thanked his fans for their concerns after explaining his condition.

However, he revealed he hasn’t made a full recovery just yet.

He continued: “I do love the viewers. They don’t hold back.

“I spent all weekend in bed with heat exhaustion after playing golf on Friday.”

In addition, he said: “I probably haven’t completely recovered but you dig deep and you battle on.

“But I’m helped enormously by the touching concern of the viewers.”

Have you ever had heatstroke? Leave us a comment on our Facebook page @EntertainmentDailyFix and let us know.