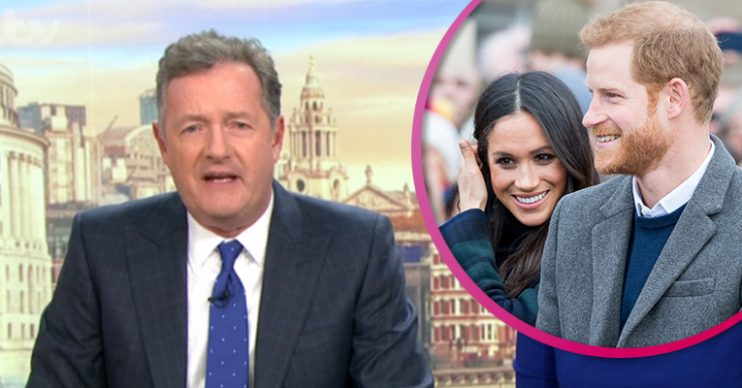 Susanna was defending the couple

TV’s Piers Morgan has ranted at the Duke and Duchess of Sussex over their decision to step back from the royal family.

Earlier this month, the couple announced they would be stepping away from their roles as senior royals and will work to become “financially independent” while still “fully supporting” the Queen.

In the wake of the Prince Harry and Meghan crisis, @piersmorgan just couldn’t wait to say… ‘I told you so’. 🙄#GMB pic.twitter.com/0c2ykJ3rQP

At the start of the show, Piers said: “The Queen’s just had to fire her middle son, Andrew, over a pedophile scandal, her 98-year-old husband has been in and out of the hospital, he’s bed-bound at the moment.

Later in the programme, Piers and Susanna clashed as she defended Meghan and Harry as they watched a clip of the prince reportedly trying to persuade franchise boss Bob Iger to give his wife a job as a voiceover for Disney.

Susanna said: “I think it’s quite sweet and supportive that he’s saying she’s available for the voiceover.”

These two little spoilt brats have come along and are holding her to ransom about the entire way the monarchy works.

Piers cut in: “How can you defend this nonsense?” to which Susanna said: “Because I feel for them. I think they’re probably not as strong…”

Piers interrupted: “Why don’t you feel this much for the Queen?”

Susanna replied: “I do feel as much for the Queen and Prince Philip,” to which Piers snapped: “You don’t! No.”

He then asked: “Do you think Meghan’s been drove out by racism?”

Susanna said: “I’m not sure that I’m qualified to comment on that,” to which Piers grilled: “Yes or no? Where’s the racism?”

Susanna: “Well, we’ve got two people coming in to talk about that,” referring to an upcoming discussion.

The debate around the press treatment of Prince Harry and Meghan is still proving divisive. @piersmorgan and @ayeshahazarika will have to agree to disagree on this one. 😬#GMB pic.twitter.com/SsV4iBhmT4

Following their announcement to step down, Buckingham Palace officials later described the move as “complicated”.