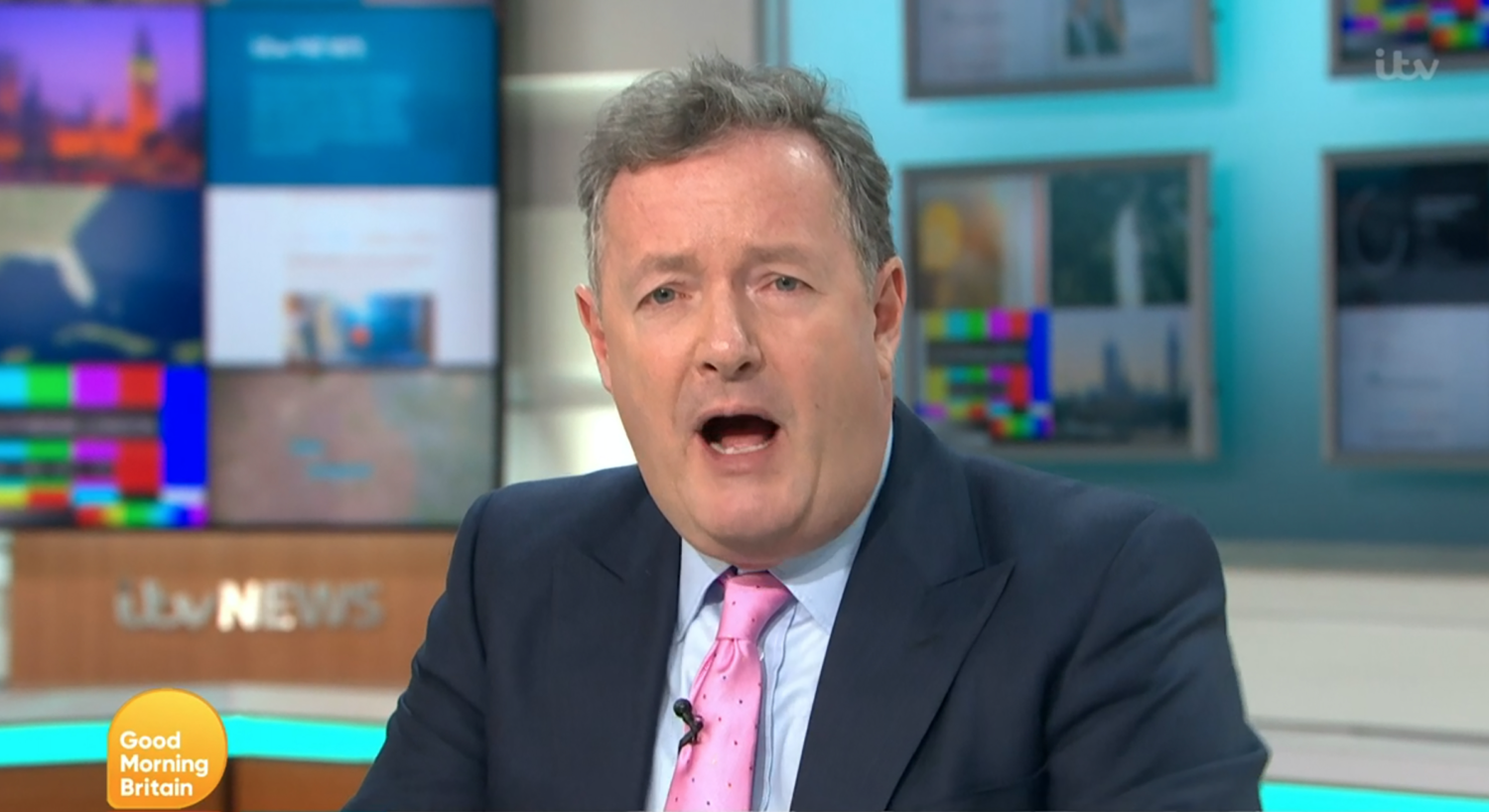 The GMB presenter disagreed with the PM's statue being vandalised

Piers Morgan slammed Black Lives Matter protesters for writing graffiti on a Winston Churchill statue during protests, saying there’s ‘something wrong with them’.

Greatest Briton of all time

“The bottom line with the Churchill statue is, if that is what you want the image to be from a protest about George Floyd,” he said.

“Then there’s something wrong with you.”

Continuing, he said: “Because you’re not going to bring anybody with you on any campaign, any attempts to change things for the better, if you desecrate Winston Churchill – recently voted the greatest Briton of all time.

He carried on: “But, he saved the world and this country from Adolf Hitler.

“A Nazi. One of the worst racists in history. That’s what Churchill did.”

Piers’ co-host Susanna Reid was heard agreeing with his thoughts while Piers continued explaining why he was annoyed.

“Otherwise we wouldn’t have the freedom to draw this kind of thing on people’s statues in public,” he continued.

Susanna then joined in the debate, talking about the tearing down of Edward Colston’s statue in Bristol.

“You may have different views about the tearing down of Colston’s statue in Bristol, of course.

“That was in the centre of Bristol. Now, he was a slave trader.

“He traded at the Royal Africa Company, hundreds of thousands of African slaves, around 20,000 died.”

Piers agreed: “Men, women and children, shackled, and were killed during the transportation protest and he was party to it.

“Now, to me, there’s a complete difference between Edward Colston and Winston Churchill.

“One saved us from the Nazis and one made a fortune from the slave trade.

“And used that fortune then to invest into the community (through) schools and so on.

“But I’m sorry, he was using slave trade money to do it and times have moved on.”