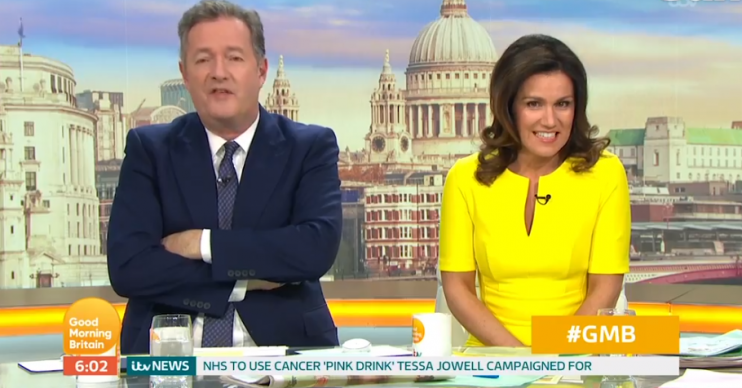 The presenter, 54, was fuming that GMB’s News Coverage nomination wasn’t shown during the awards programme.

On Monday’s edition of the breakfast show, Piers said it was a “traversty” that GMB didn’t win an award last night and slammed the Baftas as “boring”.

He said: “You wouldn’t have known GMB got nominated. We never got mentioned during the two-hour, incredibly boring, show.

“If you sat through that and are still alive good luck to you. How they get through it, those luvvies, I have no idea.”

GMB had been nominated for News Coverage, for its programme Good Morning Britain: On a Knife Edge? and its exclusive interview with Thomas Markle, the father of the Duchess of Sussex.

Piers continued: “It’s a travesty. We were up for half the awards. Good Morning Britain was the first ever breakfast show to be nominated for that coveted award.

“But it didn’t make the main show. Churlish, pathetic and spineless by the BBC. I’m on to you.”

He added: “Shame on the BBC. You’ve got to explain yourselves. Just because the rival BBC breakfast show wasn’t nominated.

“We got half of the news coverage nominations. They just airbrushed it out of the whole thing. Like it didn’t happen.”

Piers also tweeted about his anger over not being mentioned during last night’s ceremony.

He wrote: “So the BBC didn’t even mention on last night’s BAFTA TV awards that @GMB received two nominations for Best News Coverage.

Despite not winning a #BAFTATV Award, Piers is on his usual positive form: ‘I’m a sore loser… we’re serial losers!’ 🏆❌🙈@piersmorgan | @susannareid100 pic.twitter.com/cNEpXXi9ue

“They literally airbrushed us out of the televised show to protect their own @BBCBreakfast which didn’t get nominated. How pathetic is that?”

BBC presenter Victoria Derbyshire replied to Piers’ tweet, writing: “Morning, I doubt it’s anything to do with @GMB / @BBCBreakfast.

Morning, I doubt it’s anything to do with @GMB /@BBCBreakfast. More that news coverage category is seen to be less interesting than others (I know!); often the news nominees aren’t mentioned, jst the winner. That’s what happened when our prog won a BAFTA for news cov 2 yrs ago

“More that news coverage category is seen to be less interesting than others (I know!); often the news nominees aren’t mentioned, just the winner.

“That’s what happened when our programme won a BAFTA for news coverage 2 years ago.”

Piers initially tweeted Dan: “In football, you win or you fail,” during a conversation about Liverpool finishing 2nd to Manchester City in the premier league.

Dan replied: “What about at the #BAFTAs?” to which Piers said: “We failed. But by your yardstick we’re winners.”

We failed. But by your yardstick we’re winners. 👍 https://t.co/IGxIsGfq12

Dan wrote back: “Nope. Just not failures. Well done on the nominations. Hope you have a good night. See you in the morning.”

Piers replied: “Thanks, but we’re failures. If you don’t win, you fail.”

Thanks, but we’re failures.
If you don’t win, you fail. https://t.co/qqsGicRZIS

Did you watch the Bafta TV Awards last night? Leave us a comment on our Facebook page @EntertainmentDailyFix and let us know.