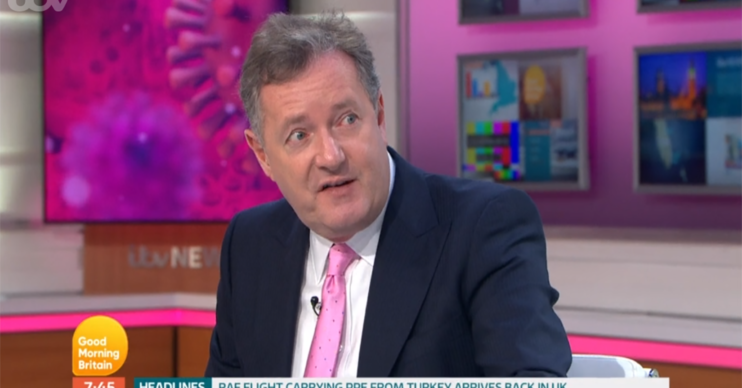 The Care Minister appeared on Wednesday’s show (April 22) for the second time to discuss the government’s latest developments in fighting coronavirus.

Last week, more than 600 people complained to Ofcom after Piers accused her of laughing during an interview and criticised her for not knowing how many care home residents have died from the virus.

However, those complaints have now rose to 1,910, the TV watchdog has confirmed.

At what point will you come back and have an answer?

The presenter brought up Ms Whately’s interview last week in which she “didn’t know” how many people had died in care homes.

He said: “At what point will you come back and have an answer?

Some viewers accused Piers of “bullying” the care minister and he denied the claims on Twitter.

He wrote: “It’s not ‘bullying’ or ‘hounding’ or ‘unfair’ to push a Care minister hard on how many care home residents & workers have died from COVID-19.

It's not 'bullying' or 'hounding' or 'unfair' to push a Care minister hard on how many care home residents & workers have died from COVID-19. It's called 'holding Govt to account'. The Govt is grossly understating the real number, I suspect for political reasons.

On today’s GMB, Piers demanded to know why there has been a decrease in the number of coronavirus tests being handed out in the UK.

Piers raged: “It’s now April 22nd and we’re testing less people yesterday than we tested 12 days ago which I would argue, is a spectacular failure.”

However, Piers cut in: “I down wanna hear about you ramping up though, with respect you’re not ramping it up.”

Good Morning Britain airs on ITV, weekdays, at 6am.