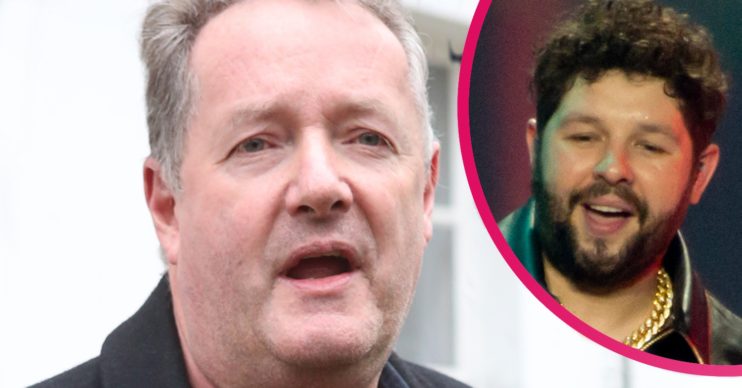 Piers Morgan has upset many of his followers over his “nasty” comments about James Newman.

The former Good Morning Britain host, 56, went on an epic rant against the UK Eurovision singer.

After James, 35, failed to land any points for the UK at Eurovision 2021, Piers said this was because he is a “crap” singer.

And the former tabloid editor even claimed the dismal results had nothing to do with politics or Brexit.

Taking to Twitter Piers tweeted: “The UK didn’t get ‘nul points’ in the Eurovision Song Contest because of some sinister revenge for Brexit.

“We got ‘nul points’ because we had a crap song, performed by a crap singer who gave a crap performance. End.”

Read more: Piers Morgan says the BBC has ‘blood on its hands’

But several Twitter users have accused Piers of being overly harsh.

Others claim the dismal UK results had everything to do with Brexit.

One user commented: “Don’t you think this young man feels bad enough?? Nasty comment. We are a very unpopular nation.”

Another user argued: “Be kind, I didn’t watch it last night but that’s not a kind thing to say. Just stop and think for a moment what hurt your words may cause.”

A third tweeted: “Harsh piers, I think the song was good, catchy and upbeat full of positivity and in a sense political in itself.

“Nil points is definitely a message from the EU regards hatred of Brexit. They don’t like to see us succeed.”

And a fourth user declared: “Have to disagree with you on this one.

“We may not have had the best song but we certainly never had the worst and it didn’t deserve ‘nil points’. It’s all political and has been for years. Sooner we opt out of this too the better.”

Yet a few users did appear to side with Piers.

For instance once user replied: “Don’t often agree with you Piers but pretty much spot on. Average song. Average singer. Nothing to do with Brexit.

“Italy who won was recognised act throughout Europe and were all over YouTube and social media in weeks before contest. Bookies’ favourites.”

And a further user argued: “I agree it was crap, forgettable and didn’t stand out. However, it was not the worst song by a long way. There’s absolutely no way on Earth it was so crap that it deserved 0 points.”

Fortunately James appeared to take the Eurovision results in his stride.

Footage showed him laughing off the results with his crew and they even broke out into cheers.

Over on Instagram he simply described his Eurovision experience as: “That was AMAZING.”