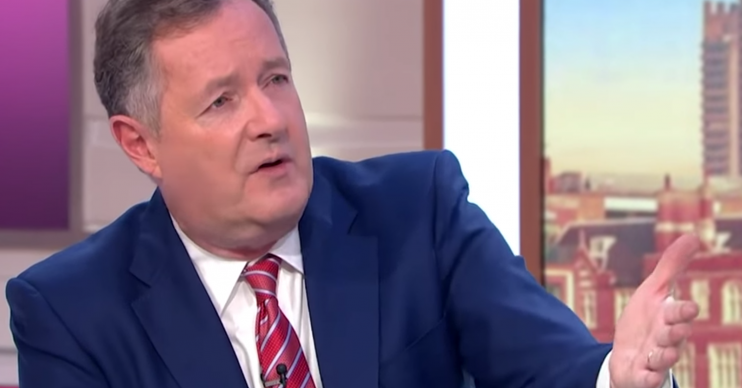 The 55-year-old showed fans on Instagram how he intends to carry on presenting the morning programme after borrowing some equipment from the GMB studio.

His daughter Elise also apparently helped set up the backup workplace, standing in for her dad as he checked the shot.

The snap showed how the 11-year-old appeared in the camera’s viewfinder against a screen placed in front of a bookcase.

Piers captioned the image: “Elise Morgan reporting live from her father’s office, via the new self-isolation @gmb camera kit (should I need it..).”

The pic also showed another screen in front of Elise, sitting in a wooden chair with leather covering.

It is thought this second screen will enable Piers to see what is being broadcast from the viewers’ perspective – for instance, his fellow hosts or show guests.

However, it might also function as his autocue, even though the former newspaper editor is rarely lost for words.

Elise Morgan reporting live from her father’s office, via the new self-isolation @gmb camera kit (should I need it..)

Followers, however, seemed more interested in having a nose at Piers’ home.

“Why does every person who is doing news reports always have shelves full of books in the background?” commented one person.

“I hope you’ve read all those books Mr Morgan,” wrote another.

And a third person remarked: “I’m a bit uneasy with that cuppa being so close to incredibly expensive equipment!”

Piers was absent from Thursday’s GMB, but that’s because he usually only presents between Monday and Wednesday.

Despite fears, he is expected back to resume his telly duties on Monday.

Piers hits out at PM

He urged the Prime Minister to “lock the country down properly & massively increase testing – before it’s too late” to combat coronavirus.

And earlier this week Piers revealed his youngest son Albert, 19, has shown “mild symptoms” of the deadly bug.

He said: “One of my sons had it in a much milder way. My youngest boy.

“I think most people are associating [lack of taste and smell] that with the virus, it’s a very unnerving thing to get…

“Yes, he had mild symptoms which have cleared up now.”

– Good Morning Britain airs on ITV, weekdays from 6am