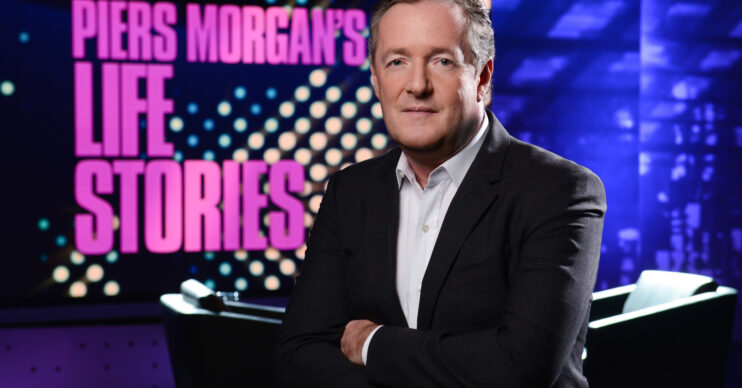 A moment he feared would never happen

Piers Morgan has opened up on how he spoke to Derek Draper last week – something he feared would never happen again.

Piers had called Kate Garraway ahead of them filming Life Stories together and she put her husband on the phone.

Writing in his Daily Mail column, Piers reveals: “I was stunned. ‘Derek!’ I cried. ‘It’s so good to talk to you!’

“There was a slight pause and then I heard a familiar male voice say very clearly and strongly: ‘Hello!’

“’HELLO!’ I stammered back. ‘It’s great to hear your voice again. Keep battling, Derek – we’re all so proud of you!’”

The former Good Morning Britain anchor said it was a “strange, thrilling experience”, adding: “There have been many times when I feared I’d never hear Derek speak again.”

Derek’s carer even “burst into tears”, Kate admitted to Piers, as it had been “so unusual to hear him interact like that”.

Piers has described his Life Stories chat with Kate, 54 – his last before he actually passes the hosting baton to her – as the “most powerful” episode he has ever done.

Yesterday, Piers revealed that the emotional instalment will air very soon, on December 5.

He added: “It’s highly emotional, very funny, incredibly inspiring and a wonderful testament to the power of life and love.”

Piers, 56, previously revealed that there was not a “dry eye in the house” after he filmed with his “fabulous friend”.

The controversial journalist and presenter announced last month that his Kate interview would be his last for Life Stories.

He announced: “I’m quitting Life Stories after 12 years and 100 shows.

“My final one will be with my fabulous friend Kate Garraway and she will then present the remaining three planned shows of the next series as I leave ITV to host my new global daily show. It’s been a blast!”

GMB star Susanna Reid also urged her followers to tune into Piers and Kate’s episode after enjoying a ringside seat at filming, writing: “So moved to be in the audience for @piersmorgan final #LifeStories with our wonderful friend @kategarraway which was emotional and uplifting.”

Are you looking forward to Kate taking over Life Stories? Leave us a comment on our Facebook page @EntertainmentDailyFix and let us know.