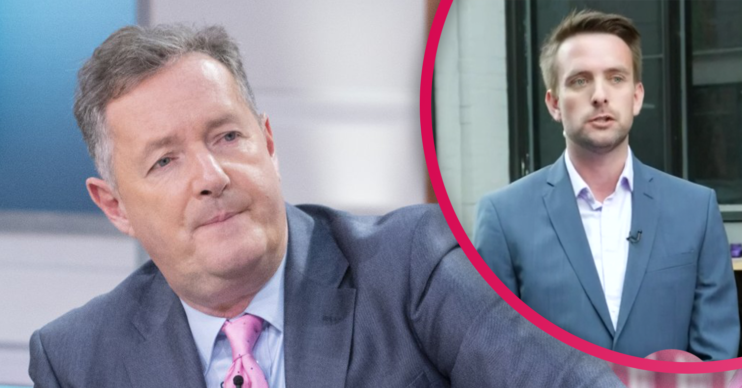 Piers Morgan slammed over Reading terror attack comments on GMB: ‘Shame on you!’

During the segment, Piers said: “We’re getting so many tributes coming in about what great guys these three men were.

“They were three friends all gay men, all just having a nice time in a park.

“What is the feeling about what the motivation here may have been.

“Do you think they may have been targeted because of their sexuality or is that just a coincidence do you think?”

Tommy Snipe replied: “I think well that’s one thing we need more information about at the moment.

“I think it is suggests that it’s a sad coincidence and it’s a really sad thing that’s happened.”

He added: “I couldn’t possibly speculate on the motivates behind the attack.”

Those tuning in at home then took to Twitter to criticise Piers for linking the attack to the sexuality of the victims.

“As a gay man I’m disgusted that you are running this story as a homophobic attack,” one fumed.

“There is no evidence of this or motive. Stop trying to spin a Piers Morgan narrative! No other news outlets are pushing a gay attack.

“I’m disgusted with you!”

Another then added: “For some reason piers is desperate for the fact the 3 men were murdered because they were gay or something.”

Moments later, a third viewer tweeted: “Why mention a group of gay men. Sorry it was a group of men.”

Shortly after, a fourth posted: “Why have you highlighted the fact that the 3 men were gay.

“You have just made this terrible incident about their sexual preferences. Shame on you both.”

The attack occurred outside the Blagrave Arms Pub in Reading.

Police are continuing to question suspect Khairi Saadallah under the Terrorism Act.

Speaking on Good Morning Britain, chief executive of Reading Pride, Martin Cooper, said the attack had had a “tremendous” impact on the local community.

He organised a vigil for the victims and was “surprised” by the huge turnout.

Martin explained that it  was intended to be a small gathering of people but “the whole community wanted to rally round”.

He added: “We want to ensure this doesn’t happen again irrespective of the motive behind it.”