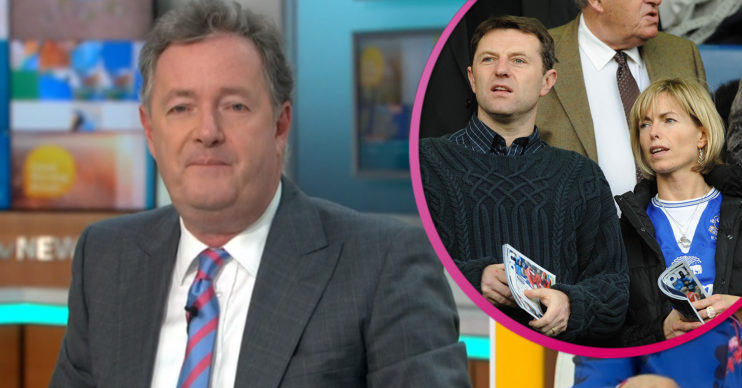 TV’s Piers Morgan has said he feels “so sorry” for Madeleine McCann parents over an alleged letter they received from German police.

A German prosecutor has reportedly written to Kate and Gerry McCann saying he has “concrete evidence” their daughter is dead.

However, he reportedly hasn’t revealed the evidence to them because it would jeopardise the investigation into the German suspect, Christian Brückner.

“You’ve got to wonder whether this is the right course of action, to tell Kate and Gerry.

“I do not know how they feel about it, whether it is good they know something concrete like this or whether not knowing how she died, where she died, adds to the pain.

“I feel so sorry for them.”

Susanna Reid added: “They’re being told that she is dead but the information that would lead them to make that conclusion is not being shared.”

‘We just cannot say what the evidence is’

Prosecutor Hans Christian Wolters Wolters told The Sun: “We have written to the McCanns to tell them Madeleine is dead and explaining we just cannot say what the evidence is.

“We have concrete evidence that our suspect has killed Madeleine. British police have been informed but don’t have all the evidence we have.

“The results of our investigation have been shared but not every detail has been passed to Scotland Yard.

“I don’t think the McCanns have been informed of all the details but they know the results.”

You have to wonder whether this is the right course of action, to tell Kate and Gerry.

Madeleine disappeared while on holiday in Praia da Luz, Portugal, with Kate and Gerry and her two siblings in 2007.

The three-year-old was asleep in the McCann’s holiday apartment when she vanished without trace.

Millions of pounds has been spent on trying to solve the mystery.

Earlier this month, German police unveiled Brückner as the prime suspect in the case.

He was living in the Algarve at the time of her disappearance.

Brückner is currently serving a 15-month prison sentence in his home country of Germany for drugs offences.

Meanwhile, he is also awaiting sentencing for the rape of a 72-year-old American woman.