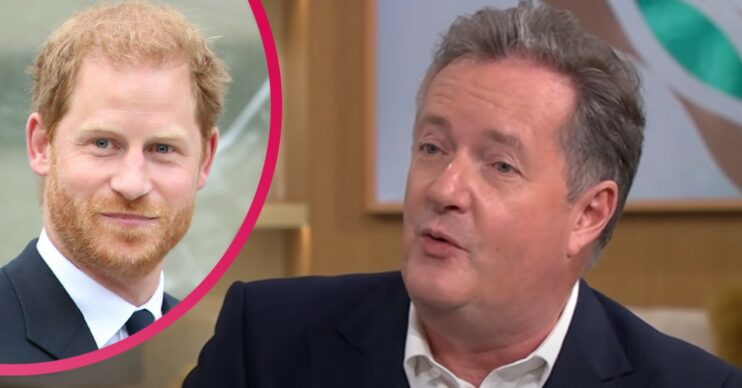 He isn't going to hold back!

Piers Morgan has taken aim at Prince Harry once again in the latest promo for his new TV show.

In a new promo shared on social media, Piers lashes out at Harry and brands him a “po-faced, sanctimonious, virtue-signalling hypocrite”.

In the promo, Piers says: “Well, I like the old Prince Harry. You know, the one who used to get drunk and play naked billiards in Vegas.

“He was a lot more fun than this po-faced, sanctimonious, virtue-signalling hypocrite who just thinks it’s perfectly okay to quit the country, quit the royal family and then make all these demands from his California mansion about all the stuff he still thinks he’s entitled to.”

Piers continues: “He and his wife are making hundreds of millions of dollars out of fleecing titles bestowed on them by an institution they keep trashing in public and I think it’s a sickening thing that they’re doing.

“I think it’s horrible for the Queen and I wish they would stop.”

In a video to promote his new TV show earlier this week, Piers said: “A year ago today, I was forced to leave a job that I loved at the peak of its success for having the audacity to express an honestly held opinion.

“Well, this shouldn’t happen in any democracy supposedly built on the principles of free speech and freedom of expression.”

He added: “So I’m delighted to now be returning to live television with a new prime-time show. Its main purpose will be to cancel cancel culture which has infected societies around the world.”

Fans of Piers are over the moon to finally have him back on daytime TV.

Read more: Piers Morgan sticks in to GMB on Twitter on anniversary of that iconic strop-off

Will you be watching Piers’ new show? Leave us a comment on our Facebook page @EntertainmentDailyFix and let us know.