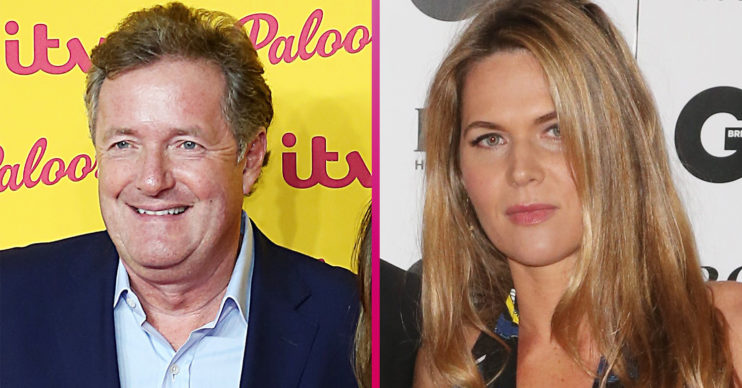 Agrees that he should start shedding the pounds

Piers Morgan has been mocked by his wife who says he deserved to be ‘fat-shamed’ in her latest newspaper column.

Celia’s comment comes after the GMB host, 55, was fat-shamed on yesterday’s episode of the ITV breakfast show (Monday September 7).

What did Celia say about Piers Morgan?

Piers said on-air that Celia wrote in her latest Telegraph newspaper column: “I have no issue with my husband’s GMB co-host calling him a ‘chubster’ on live television.

“He, like me, is of the belief that a little bit of fat-shaming where it’s due can be a good thing, and there’s something shameful about the amount of blue cheese and Bordeaux that man’s put away over the past six months.”

She continued: “Moreover, the insults will actually help him lose the weight, he rightfully insists.”

What did his co-presenters say on GMB?

In it he called Piers “fat” and the host responded.

He admitted that he had piled on the pounds during lockdown and that he “[needed] to be shamed into losing it”.

It was then that co-host Susanna Reid took up the invitation and said: “Yes you fat person, it’s about time chubster.”

Who else fat-shamed him?

After Dr Hiliary joined in, so did Lorraine Kelly.

Piers introduced her and asked what was going to be on her show.

That’s when the conversation about his weight continued.

Shocked, Piers exclaimed: “Sorry?!  If I said to you that you’re pleasantly plump how would you feel?”

Piers then said he didn’t want to be cuddly, he wants to be a “lean, mean machine”.