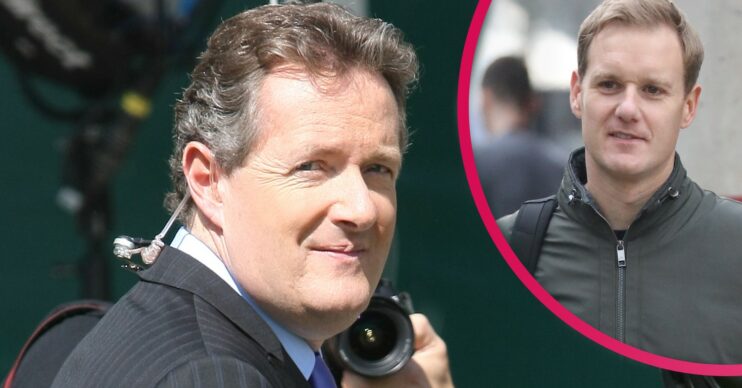 He just can't resist, can he?!

In latest Piers Morgan news, the star has taken a dig at Dan Walker and teased a new job on BBC Breakfast.

The controversial ex-GMB host, 56, delights in jabbing at his former rival.

And now, after news that BBC Breakfast host Louise Minchin has quit the show after 20 years, Piers is at it again.

Stop blubbing Dan – I start Monday. BBC wanted the guy who beat you in the ratings, and the first same-sex male breakfast presenting team to appease the wokies. https://t.co/XeqVvcvcMI

After news broke that Louise was stepping away from the show, Dan shared a sweet message on Twitter.

“What am I going to do without Louise?

“Thank you for all the lovely messages after an emotional morning on #BBCBreakfast – I’m sure Louise will get to read them all later.

“My life will be poorer without her on the sofa. She’s the best.”

How did Piers reply?

However, Piers wasn’t feeling quite as charitable.

“BBC wanted the guy who beat you in the ratings, and the first same-sex male breakfast presenting team to appease the wokies.”

What have they said about each other during their feud?

It’s not the first time the rivals have jabbed at each other on social media.

After Piers quit GMB, he made sure Dan knew that he had beaten him in the ratings for the first time.

“I had one goal when I joined GMB – beat BBC Breakfast in the ratings. On my last day, we did it,” he said on Twitter.

The boast came after Dan made a sly remark after he stormed out of GMB.

“Sorry to hear the news about your departure from GMB @piersmorgan,” he wrote on Twitter.

Previously, Piers has called Dan a “nasty piece of work” a “poodle” and a “soft touch” when it comes to interviewing.

Do you wants to see Piers Morgan on another news show? Leave us a comment on our Facebook page @EntertainmentDailyFix and let us know what you think of this story.