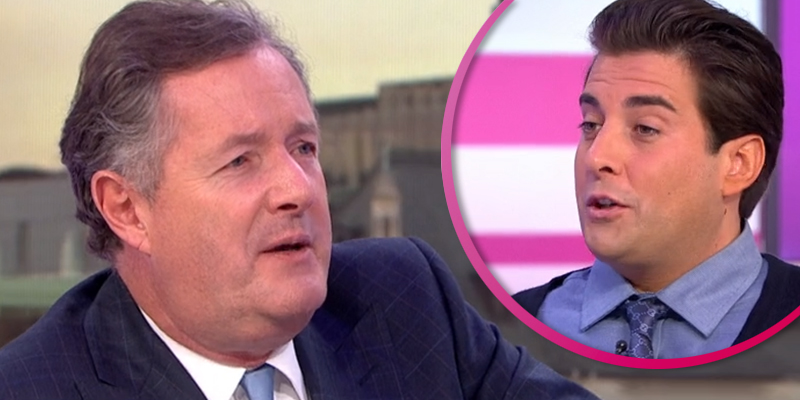 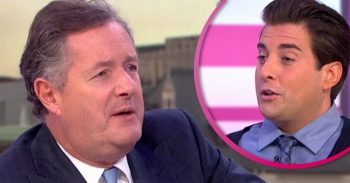 Arg apologised for his remarks

Gemma kicked Arg out of her house after he posted an unflattering video of her snoring to social media before saying she had “more rolls than Greggs”.

The pair then flew out to Paris last week and appeared to rekindle their romance.

Arg appeared on Monday’s Good Morning Britain and opened up about his on-off relationship with Dancing On Ice star Gemma.

Speaking about posting the clip of Gemma snoring online, Arg said: “We’ve had a tough time recently, I looked at Joe Swash and Stacey Solomon’s Instagram and tried to recreate that.

“But she was furious, I was kicked out of the flat, we got a bit personal.”

Susanna Reid said: “You sent her some pretty unpleasant texts about her weight.”

Piers cut in and told Arg: “No offence mate, but you’re not exactly in the position to lecture anybody about their weight.”

Arg continued: “I’m a hypocrite. I struggle with my weight, I’m the biggest I’ve ever been, Gemma looks the best she’s ever been. We were both were cussing each other, it didn’t mean anything.”

Piers hit back: “But out of all the sticks to use, why would you use weight?” to which Arg replied: “It was very childish and it wasn’t in my nature.”

After the split, Gemma and Arg flew out to Paris to try and rekindle their romance.

Arg explained: “It was supposed to be a private trip, we hadn’t told anyone. We arrived there and I thought I’m going to go all out to make it up to her and make it special.

“But a few people [in a restaurant] were taking some pictures and as soon as we left the hotel, we saw paps. It wasn’t the perfect reconciliation.”

Piers then asked Arg if he’s going to propose to Gemma anytime soon.

Arg replied: “Things are definitely better. I love Gemma to bits and I think if we remain stable and we’re in a healthy place, then it’s definitely something I would consider.

“I do apologise again for anything that I said. I didn’t mean it, it was very childish.”

But Piers hit back: “It’s more just like you using weight as something you think you have an advantage over her on.”

Arg said: “No, it was just a cuss. It wasn’t supposed to be nasty,” to which Piers quipped: “Alright, that’s enough grovelling.”

During an appearance on The Jonathan Ross Show at the weekend, Gemma said of her relationship with Arg: “It’s complicated. I’m sick of blokes. I’m sick of them. I’ve just had enough to be honest. My mum and dad have been married 45 years.