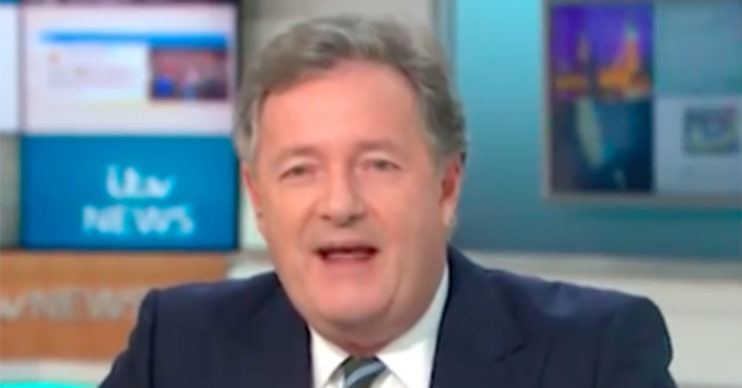 Piers Morgan says there are valid reasons behind his 'bloated' appearance on GMB.

TV host Piers Morgan has hit back at trolls who claim he looks ‘bloated’ on Good Morning Britain.

Thankfully both he and his co-host Susanna Reid, 49, saw humour in the accusations.

In hysterics, Piers read out one particularly mean tweet about his looks.

He laughed it off, and said he actually had suffered from heat exhaustion over the weekend.

After a lengthy golf game, he took to bed ill for several days.

“Somebody else said Piers is unwell. I spent all weekend in bed with heat exhaustion, I was playing golf.

“I probably haven’t completely recovered, but you know what? You dig deep and you battle on.”

Susanna was soon in fits of giggles herself. She even commended his “bravery” for still showing up to work.

She went on to ask if Piers was feeling any better today.

He said he wasn’t, but joked that the concerned tweets made him feel slightly better.

He explained: “Not great, but I’m certainly helped enormously by the touching concern of viewers.

Dr Hilary became concerned when Piers said he treated his symptoms with diuretics.

GMB’s resident doctor said: “That means you get rid of fluid.”

But Piers corrected himself and said he had actually taken rehydration tablets.

He quipped that he was happy being overweight: “I wasn’t on diuretics. Happy to be this chunky.”

This is by no means the first time Piers has been called out for his physical appearance.

Last year he got into a debate with plus-sized American model Angelina Duplisea.

The model, 46, appeared nude in a Miley Cyrus video. Piers argued that this glorified obesity and unhealthiness.

He asked: “When you are that level of morbid obesity statistically, is it right to put people like yourself into a pop video celebrating that kind of weight?”

‘Take yourself off air’

But Angelina was undaunted by his claims and said that while she was overweight, so was Piers.

Her reply included: “Honestly, if you were really concerned about people being obese and representing something bad, you would take yourself off the air because you aren’t exactly slim yourself.”

Did you notice a difference in Piers’ appearance? Share your thoughts with us on our Facebook page @EntertainmentDailyFix.