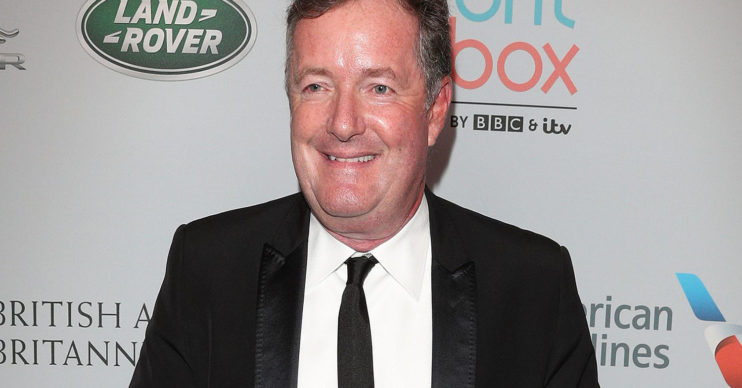 He's having a break from the show next week

TV’s Piers Morgan has shut down claims he may not be returning to Good Morning Britain after next week.

The presenter is taking time off from next Monday (May 25) along with co-stars Susanna Reid and Dr Hilary Jones.

However, on Thursday’s show (May 21), Piers sparked speculation he might not come back after his week off.

Piers told viewers this morning: “Today could be our last day. You never know do you? These days.

“Everyone needs a bit of time out to think about all of this.”

However, after it was reported he may not return, Piers cleared things up on Twitter.

He wrote: “Spoiler alert: I will.”

Earlier this week, Piers and Susanna told viewers they would be taking some time off.

Piers explained that he, Susanna and Dr Hilary were the only presenters to work Monday to Thursday throughout the coronavirus pandemic.

When asked how he plans to spend his time off, the host joked: “I’m going to go upstairs in my top room and have a lovely half term week.”

Due to social distancing, the number of people in the studio has been limited.

Susanna, Hilary and I are actually going to have a week off.

Lorraine Kelly has also been working throughout the crisis, hosting the final hour of GMB from 9am to 10am.

Meanwhile, some fans were gutted that Piers wouldn’t be hosting the show next week.

One person said on Twitter: “My mum’s gutted Piers that you’re not on next week… also me too.”

Another wrote: “Gutted your off next week @piersmorgan. I work for the NHS and its my only week off.”

However, others were pleased to have a week without Piers.

One added: “Am I the only one looking forward to next week when @piersmorgan takes a week off for half term.”

Boris Johnson says the UK will have a track and trace system in place from June. @piersmorgan, @susannareid100 and @DrHilaryJones discuss how the contact tracing app will work.#AskDrH pic.twitter.com/RK9WXkGCfo

Another tweeted: “Everyone can breathe a sigh of relief that Piers Morgan won’t be on #GMB next week.

“Who ever is filling in for him will be so much quieter.”

Will you miss Piers next week? Visit our Facebook Page @EntertainmentDailyFix and let us know.