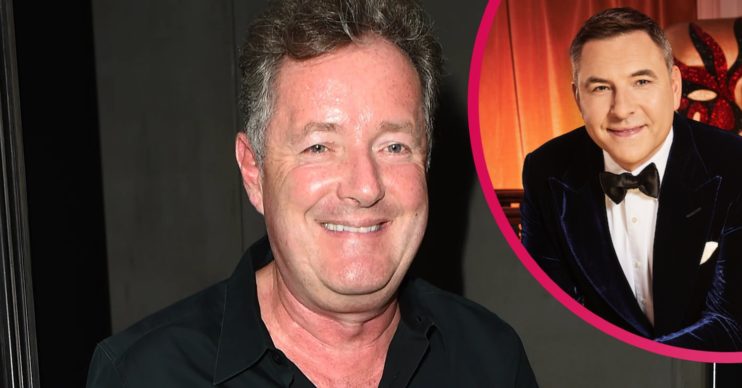 Sources say Piers could bring an 'edge' to the show

Piers Morgan has hinted he could return to Britain’s Got Talent after taking over from frenemy David Walliams.

The 55-year-old Good Morning Britain host previously appeared on the ITV show as an original judge alongside Simon Cowell and Amanda Holden.

However, sources have since revealed Piers could return.

Addressing the rumours on Twitter today (October 16), the controversial presenter shared a snap of a newspaper article with the words, “Ooh…”

Fans were delighted by the potential move, with one commenting: “Finally, now we will get some real criticism and honesty.”

A second said: “I have been wanting this to happen ever since you left the show all those years ago!!! I’m praying this is true.”

A third added: “Might start watching if Walliams goes!”

Could Piers return to BGT?

According to The Sun, Piers could bring an “edge” back to the show.

An insider revealed: “Britain’s Got Talent is one of the few Saturday night shows which continues to shine and stay relevant.

“But all shows need refreshing, and Piers will certainly do that. He has been approached by two senior execs and, for his part, has said he would do it if the terms are right.”

They added: “He will give the show back its edge and provide those brilliant water cooler moments, he will revitalise the series.”

David previously signed a a year extension to his ITV contract, taking him to 2021.

Meanwhile, Piers’ contract with GMB comes to an end next year.

David and Piers are said to be sworn enemies in a feud that goes back years.

In fact, David even reportedly threatened to quit BGT if Piers replaced head judge Simon following his recent back injury.

A source told the Mail Online: “I heard that David threw his toys out of the pram. Imagine David and Piers sitting on either end of that judging panel – what great TV it would have been.”

However, Piers confirmed in a separate Mail column that he was indeed approached for the role.

Piers wrote: “Amusingly, I was quickly sounded out to see if I was potentially available but had to explain that if I was confined to the same close quarters as that insufferable twerp David Walliams, it wouldn’t end well.”

The GMB star also said in an interview with The Mirror that David “makes his skin crawl”.