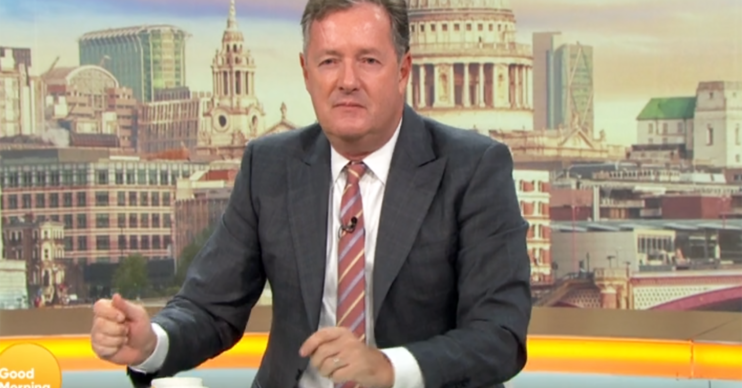 Piers Morgan celebrates ratings record on GMB after his return

He also took a swipe at BBC Breakfast

Piers Morgan has revealed that Good Morning Britain smashed rating records on the day of his return.

The presenter, 55, returned to work alongside Susanna Reid yesterday (September 1) after their summer break.

Piers took to Twitter to tell his 7.6million followers the news, while taking a dig at rival BBC Breakfast for good measure.

“BREAKING: Our first day back on @GMB yesterday was the highest rated show in the programme’s history!” he crowed.

Read more: GMB: Piers Morgan snaps at Susanna Reid as she apologises for him

How did Piers Morgan’s followers respond?

It wasn’t long before his followers responded, and in typical Piers fashion it was a mixed bag.

“I thought it would be,” one wrote.

“For all the nasty comments from unkind people, there are a huge amount of people that think you and Susanna have an incredible bond and it’s a real treat for many of us watching the show.

“You’re both brilliant at what you do!”

“Great to see the dream team back in action, been a long six weeks,” another said.

But it wasn’t all praise for Piers.

“Disappointed with the show,” one follower wrote. “I thought the break might make you less self indulgent… I was wrong. I’m going back to @BBCBreakfast.”

It was an explosive start to yesterday’s show (Credit: ITV)

Yesterday’s show was an explosive start for Piers and Susanna’s return.

Susanna snapped at Mr Corbyn: “What an insult to their families to say it’s some kind of fiction to boost international pharmaceutical companies.”

Dr Hilary Jones then chipped in: ““You are dangerous, you shouldn’t be preaching, you’re not medically qualified.