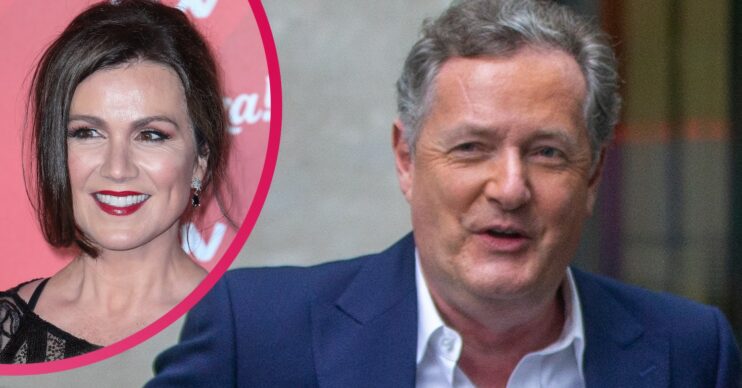 Piers Morgan has revealed that he felt sad after his on-screen partnership with GMB’s Susanna Reid came to an end.

And he claimed she hadn’t wished him good luck for his new TalkTV show following his exit from Good Morning Britain last year.

The hour-long primetime show promises to give viewers the news that matters to them.

He told The Sun: “There’s still time, I’m sure she will (wish me good luck). It’s difficult.

“You know, we had this arranged marriage that turned out to be very successful. And then we suddenly got divorced one afternoon. That was it.

“We stay in touch through texting and stuff but it was all a bit dramatic and sad.”

Following the news, Susanna wrote to Piers on Twitter: “Huge good luck – and a couple of eye-rolls for old times’ sake.”

Piers worked alongside Susanna on Good Morning Britain for six years until March 2021 when he stormed off set following a row with weatherman Alex Beresford.

Alex accused Piers of continuing to ‘trash’ Meghan Markle following her Oprah interview with husband Prince Harry on why they split from the royal family.

Alex also claimed that Piers had a good relationship with Meghan, but she had cut him off.

As tensions grew, Piers unclipped his mic and stormed out the studio.

Piers has landed the job of hosting Piers Morgan Uncensored alongside other big names anchoring their own shows.

Sharon Osbourne will front an hour-long panel debate show, while controversial Jeremy Kyle will also front his own show after a three-year absence.

Airing weeknights Sharon’s show will bring together five famous faces with differing views to debate the stories of the day.