Presenter Piers Morgan has called for people to put the health of Britain's elderly and most vulnerable first as the coronavirus crisis continues to escalate.

The Good Morning Britain host, 54, said it's important that Brits don't put the need to have "a good old jolly" ahead of the needs of those most at risk of dying from the flu-like bug.

Speaking on the programme today (Wednesday, March 11), Piers and his co-host Susanna Reid were chatting with reporter Charlotte Hawkins, who was at Cheltenham racecourse. 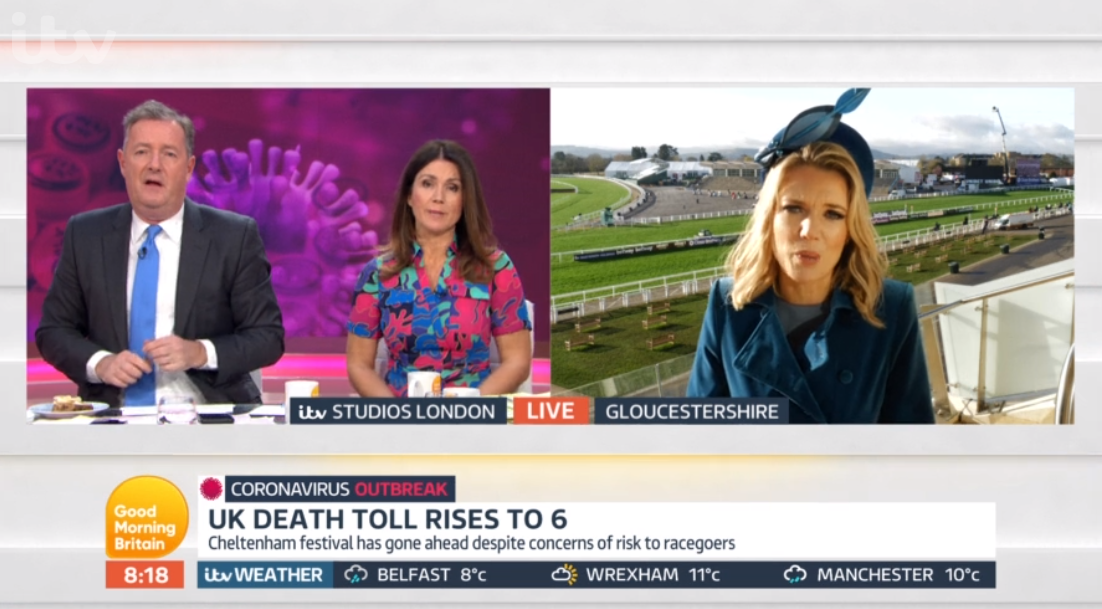 They were discussing Cheltenham Festival, which is going ahead (Credit: ITV)

The complex is welcoming thousands over the coming days for the annual Cheltenham Festival and the trio debated whether or not the races should be going ahead at all.

Susanna argued that from an economic standpoint, "It's all about balance". 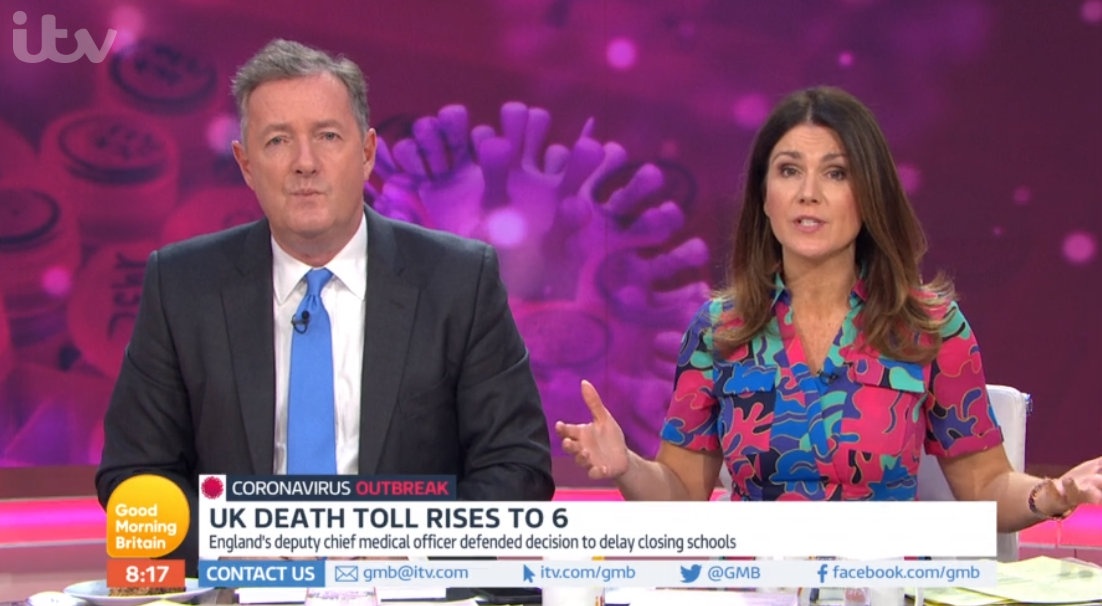 Piers argued that people should be thinking of Britain's elderly and vulnerable (Credit: ITV)

Charlotte then told him: "That would be a huge step, for them to stop all outdoor gatherings like this. They [the Government] want to have that in their armoury... how long can we cancel life for?"

Piers replied: "What I can't understand is that one person, the owner of Olympiacos football team, has tested positive and can cause Arsenal's game and Manchester City's tonight to be postponed.

"And yet there, you've got 60-odd thousand people, and we don't know how many of those people may have coronavirus. What are the chances someone's got the virus? I'd say reasonably high."

At that, Charlotte pointed out that those worried about their health can take various precautions, such as wearing gloves or washing their hands often - or even not going altogether and instead watching the races at home.

Piers said: "The point is, look, you go to Cheltenham to have a good old jolly. I get it, I love going to the races, to Ascot and so on. But frankly, this is more important.

"The health of our elderly and those who've got underlying health conditions should be more important than all of us just going about having jollies. 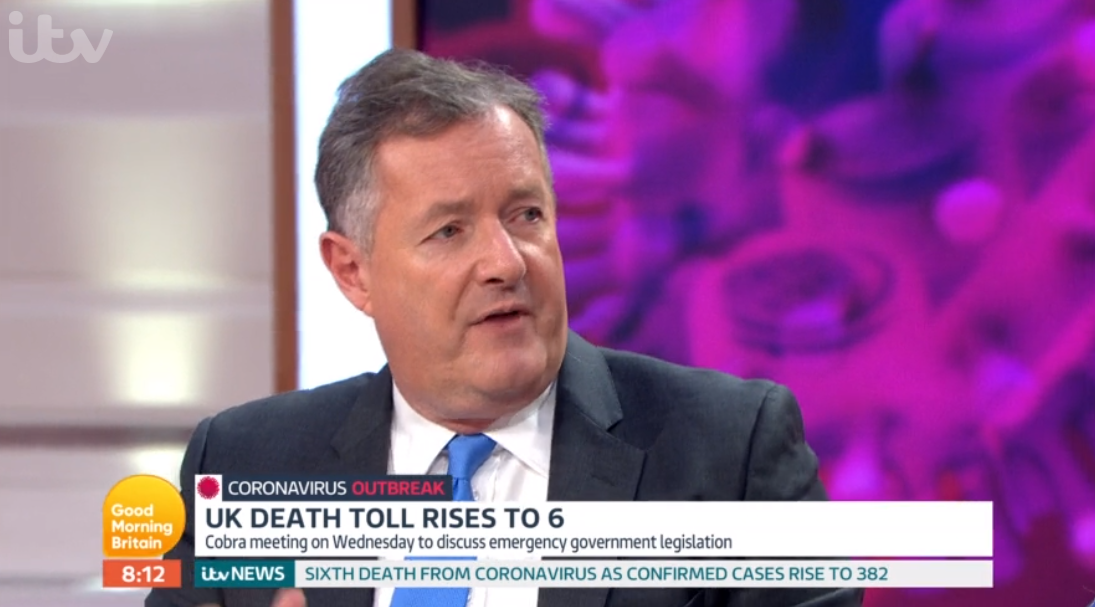 He added, at the end of the segment: "We've got to put our personal little pleasures to one side and put the health of our elderly first."

Piers has been a vocal commentator on the Government's response to the coronavirus crisis to date.

Earlier this week, the presenter slammed what he considered a lack of action on the part of Prime Minister Boris Johnson.