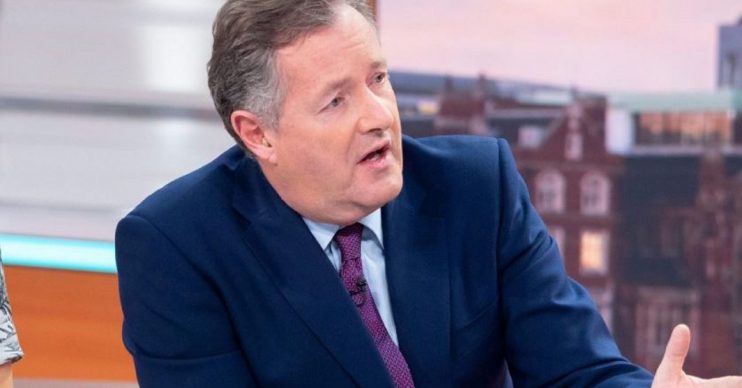 Front-line staff are still being charged for parking at hospitals, while working tirelessly to save the country from the coronavirus outbreak.

The GMB host demanded to know why this was happening, despite claims from Health Secretary Matt Hancock that these would be scrapped.

Piers previously offered to pay parking tickets and today he announced a campaign to end them for good.

On March 25 Piers vowed to pay any NHS workers’ parking fines on Good Morning Britain, slamming bosses for handing them out during the coronavirus crisis.

Piers says all parking charges should be waived for staff working at this tough time and promised to pay them himself – and then take up the fight with the government on their behalf.

Speaking on GMB, Piers said: “I will say now, to any health worker during the future of this crisis, however long it lasts, if any of you get a parking ticket, at a hospital where you’re working, I will pay it for you.”

Less than a day later, the government announced it would stop these payments.

However, not all hospitals are following these guidelines as their parking is privately owned.

Today, Pier revealed he had received many “horrendous” letters from frustrated health workers.

The presenter promised to respond by either paying the fines or asking for them to be scrapped.

He urged the government to consider the fairness of these fines, demanding to know if they will continue.

“Surgeons who are staying late to save people’s lives, having massive bills for parking their car at the hospital.”

Later on, Piers Morgan read out an eye-opening letter from the partner of Janet Angus, a Critical Care and Emergency nurse.

Despite”battling every day” on the front line of the pandemic, the nurse was a victim of “parking tickets mounting up”.

The plea read: “Jan stays after shifts to be with her patients offering all she has to offer. Parking fine tickets with threats aren’t what’s needed when they are selflessly risking their lives. Please use this example of Jan’s story to stop this disgraceful fining system.”

Piers and Susanna Reid were shocked by these letters.

The journalist said: “There needs to be a rethink on this. No health worker should ever have to pay to park at a hospital. Period.”

Resident medic Dr Hilary Jones agreed: “A lot of hospital property was sold off… to private companies that carry out the parking charging. It makes me very angry.”

Piers added: “The easy thing would be to pay it but that doesn’t stop the system, the system needs to change. We are going to campaign on this show to make sure that they never go back to charging any health care workers for parking at hospitals.”

“That applies to anyone on the NHS frontline. It is ridiculous and it just reveals to me the scale of it.”

The host ended by: “Don’t worry about these bills, we are on top of it. Either they will drop them or I will pay them.”

‘We’re going to campaign on this show to make sure that they never go back to charging healthcare workers for parking at hospitals.’

Piers is ready to fight the battle for health workers who have received parking tickets. @piersmorgan | @susannareid100 | #GMB pic.twitter.com/iG5kx4sat7

Good Morning Britain fans sided with Pier’s on this issue, with many calling the fines”disgusting”.

One tweeted: “Spot on @piersmorgan no health worker should have to pay for car park charges at their work it’s disgusting. There is a special place in hell for these parasitic companies #GMB”

Another shared: “#GMB Well done on the parking tickets thing. It’s outright disgusting to charge anybody attending a hospital for parking, but even more so for charging staff. I know Piers said he would pay it, but I’d bet money, that the general public would pick up the tab if a GFM was set up.”

A final user revealed: “God knows how much money my mum, a nurse for 50 years, shoved into parking meters over the years. Disgusting#GMB”