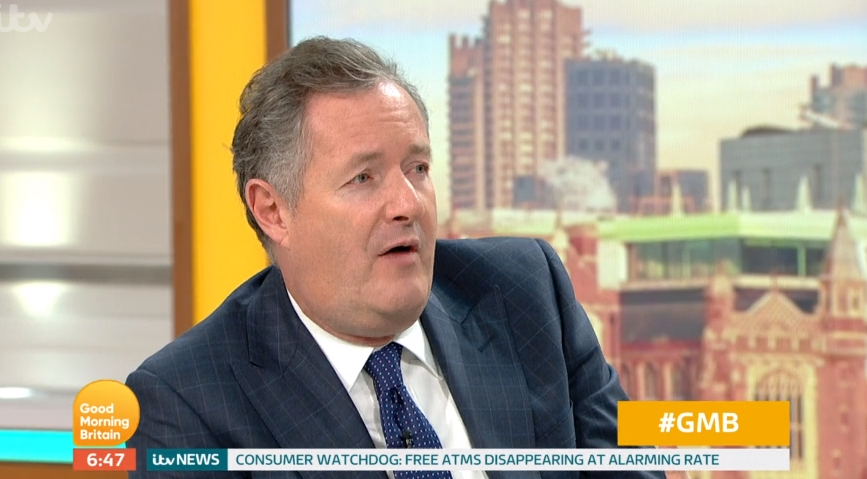 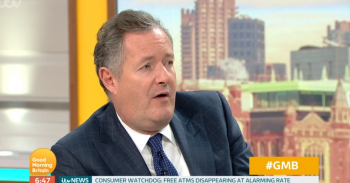 Some viewers were amused

Piers Morgan was hilariously cut off as he launched into an astonishing rant during today’s Good Morning Britain.

The presenter started ranting about teaching children to be “mentally strong” after speaking to Lorraine Kelly about what was coming up on her show.

Lorraine spoke about a new ITV documentary called Planet Child, which sees four-year-old children being left to roam the streets of London by themselves to try and handle seemingly “adult” tasks.

Lorraine told Piers: “I think you’d like the experiment Piers, it’s to teach them to be more resilient.”

Crossing his arms, Piers said: “I just don’t get why we teach kids so many things in life at the moment.

“Why don’t we teach them to be mentally strong and mentally resilient? It’s such an important thing. Set aside time at school every day, ‘here’s how you can succeed in life.'”

Susanna then attempted to cut in, saying: “Let’s teach them it doesn’t matter how many likes they’ve got on their photographs,” referring to the world of social media.

Piers interrupted: “You know what, let’s teach them that sometimes getting a lot of likes on a good picture is not a bad thing.

“It shows you’ve been creative, imaginative…”

Producers then cut to a weather forecast segment as Piers continued to vent his frustration.

One viewer watching from home was amused by the moment, as they wrote on Twitter: “As if they just cut off Piers Morgan off #gmb for ranting too much, dying.”

As if they just cut off Piers Morgan off #gmb for ranting too mugh, dying 🤣🤣

Another said: “Love when Piers Morgan gets dead argumentative #GMB.”

However, a third added: “Loving Piers this morning #gmb.”

Meanwhile on the show, Piers spat out a vegetarian sweet live on air after being left unimpressed as he tried Marks and Spencer’s gelatine free Veggie Percy Pigs.

After spitting out the sweet, Piers ranted: “Vegans, vegetarians – go and get your own sweets. Seriously, go and get sweets that aren’t called Percy Pig. Go and get ones called kale nicies.