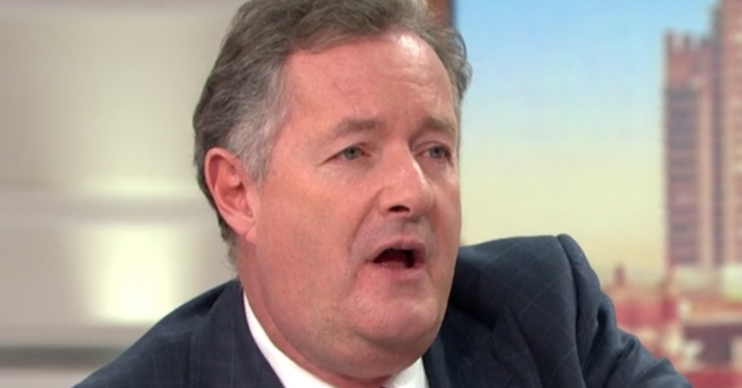 TV host Piers Morgan has taken issue with the claimed conduct of the Duke and Duchess of Sussex once again following reports that suggest the couple may not always have their son with them as they travel across the world for their work.

Piers, along with Good Morning Britain colleague Susanna Reid, was discussing the couple’s reported security and travel arrangements with journalist Dr Ateh Jewel and former royal protection officer Ken Wharfe as he made his return to the ITV breakfast show following a short break earlier today.

And although the ex newspaper editor – who have never held back when it comes to Prince Harry and Meghan Markle – admitted the Sussexes should not have to foot the cost of their security when performing duties for charities, he did insist they should pay for their own safety measures if they are required for projects from which they may benefit financially.

Piers was also unequivocal on the topic of the royal parents possibly not having infant Archie with them as they fulfill their international engagements, leaving him in Canada.

He claimed any such decision, if true, might be considered “odd”.

He also noted he would be “surprised” if it was indeed the case that neither Harry and Meghan would be with Archie at any one time.

Piers reflected to his on screen colleagues: “Susanna and Charlotte, on this issue of if Archie doesn’t come on this trip – and we don’t know for sure, maybe he will come – if he doesn’t come, isn’t it a bit odd?

“I mean, I’ve had four kids and the rule was always both parents wouldn’t be out of the country at the same time when my kids were that young. I’m very surprised.”

Susanna agreed: “For my 40th we were supposed to go away without the children and I literally, physically couldn’t get on the plane with my children’s dad, who I was together with at the time, because I couldn’t bear the thought that something might happen to us and we’d left the children at home.”

Piers – who said he felt sympathy for the Queen – continued: “I’ve always had a rule with all my kids that you can’t be in a different country, both parents, away from a young child – I don’t think. I’m surprised!”

However, Dr Ateh replied: “She’s a young mother, all bets are off. Maybe she thinks it’s safer to be on an isolated island in Vancouver than in London. So maybe she’s thinking of it in a very primal [way].”

Ken, however, highlighted how the hypothetical situation of Archie not being with his parents might be considered from a security perspective.

He said: “I see what Piers is saying – show your child to grandmother and so forth. But from a security standpoint it’s far better to leave him in Vancouver Island, to be honest.”

Viewers were also split on the topic.

“Personally I wouldn’t but I bet if they took Archie they’d be criticised for being irresponsible if they had him travelling around the world during the coronavirus outbreak,” one viewer reacted on Twitter:

Another person wrote: “We should not pay for Harry and Meghan they chose to leave, Queen is right. Think it’s so wrong for them to leave Archie too.”

And a third person tweeted: “Funny how no-one ever questions when fathers leave their kids to work or travel.”

It’s been reported Harry and Meghan may leave Archie in Vancouver on their latest trip.

Susanna says she could not leave her children in the UK even for a 40th birthday getaway.

Would you go away with both your baby’s parents and leave them? @piersmorgan | @susannareid100 pic.twitter.com/4szseXan6R