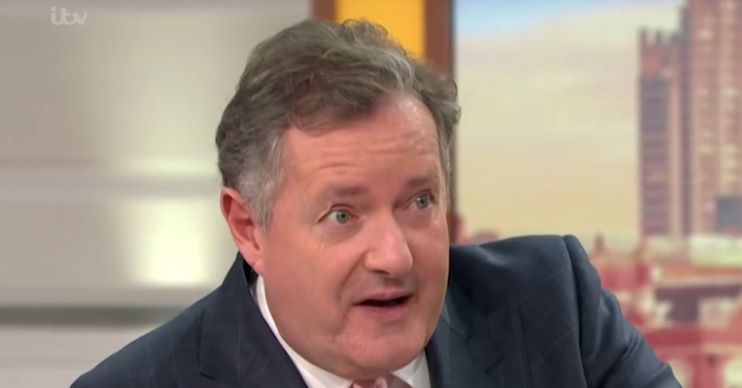 They have previously locked lips

TV host Piers Morgan has claimed he is concerned that he may have to go into self-isolation.

The Good Morning Britain presenter, 54, said he is “worried” about contracting coronavirus, having kissed Peter Andre when the Mysterious Girl singer popped in for an appearance on the ITV show.

Yesterday Pete, 47, laughed off claims fans had been banned from coming into contact with him due to the spread of the disease.

And Piers also got stuck in on social media to take the mick out of his reality TV pal, joking he had been ‘courageous’ to give Peter a peck on breakfast telly back in November 2018.

Read more: Queen ‘told grandson Harry he will always be welcomed back into royal life’

The daytime TV favourite also wrote on Instagram that having to avoid kissing Peter in future might be a step too far for him.

“I’m prepared to make some sacrifices for coronavirus… but this is too much to ask. cc @peterandre,” Piers joked.

I’m worried. I may have to go into self-isolation.

Peter replied in the comments section of the post: “You kissed me on national tv, too late for you anyway.”

Addressing that moment on GMB today, their brief touching of lips was replayed as Piers admitted his fears.

“I’m worried about this, because of course..,” he began.

Piers continued: “I’m worried. I may have to go into self-isolation.”

“Well don’t let us stop you!” she fired back.

Susanna then reflected: “It was quite a few months and possibly a year before the outbreak [that this happened].”

Peter made it very clear yesterday that the ‘hoax’ sign – reportedly put up at a venue he was performing at in Southhampton over the weekend – that firmly insisted his fans should not touch him to ensure he stays safe and well was nothing to do with him.

The joke warning reportedly warned those attending An Evening With Peter Andre that they should not get close enough to take a selfie with him.

I’m prepared to make some sacrifices for coronavirus.. but this is too much to ask. cc @peterandre

“Due to the recent cases of the coronavirus please DO NOT have any physical contact with Peter Andre,” the fake notice claimed.

Making its message clear, the pretend sign continued: “Please DO NOT take any selfies with Peter Andre.

“Apologies for any inconvenience. Thank you.”

Peter reacted on Instagram and Twitter: “Ok this must be a wind up because I hugged everyone I met,” he wrote on social media.

“People were saying to me that they had been told not to touch me and that there were signs.

“I thought they were joking. Brilliant. I am now officially a diva without being a diva.”

He concluded the post by joking: “On a serious note though don’t touch me.”