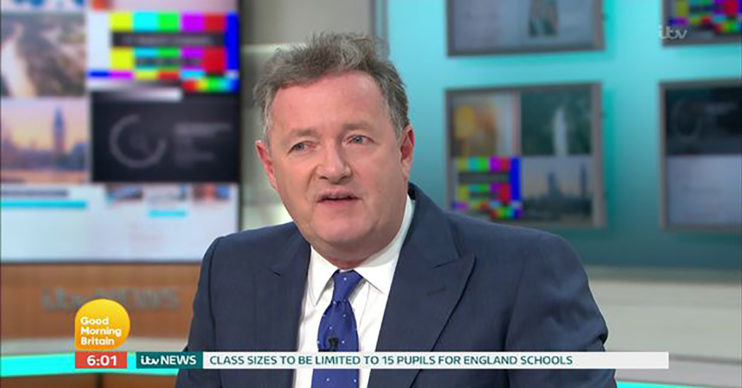 The show saw 1.8 million viewers at its peak

TV’s Piers Morgan revealed that Good Morning Britain enjoyed its highest ever ratings as the show reported on the aftermath of Boris Johnson’s lockdown speech.

Piers confirmed that Monday (May 11) saw the breakfast TV show bag 26.5% of the audience share, with 48% more viewers than the same day last year.

The leap comes despite the government banning its ministers from appearing on the show after several tense interviews, which saw Piers tear into MPs who didn’t give him and co-presenter Susanna Reid straight answers.

Taking to Twitter, Piers revealed the news of GMB’s record ratings to his followers.

“Yesterday’s GMB was the highest-rated programme in our show’s history,” he wrote.

BREAKING: Yesterday’s @GMB was the highest-rated programme in our show’s history.
26.5% audience share & 48% more viewers than same day last year, with a 32%, 1.8m peak.
Oh, and no Govt ministers.
Thanks for watching.
We’ll keep pounding. pic.twitter.com/1HlGELsAmV

Piers then went on to reveal that Good Morning Britain had reached a peak of 1.8 million viewers, before adding:

“Thanks for watching. We’ll keep pounding.”

Opinions were divided on Twitter over how well the show is doing, with some praising Piers and others not so sure.

One follower wrote: “Now hold the government to account on the Brexit extension and there is a chance you might get a sainthood.

“Covid-19 has knocked the stuffing out of us. We desperately need time to regroup and strengthen ourselves.”

Another pointed out: “We weren’t on lockdown last year numptie, let’s try and compare like for like shall we. If on average there are 59% more people at home now then your viewing figures have proportionately reduced. Plus they are prob watching to see you throw your dummy out over something.”

While a third said: “Not a fan of Piers but he has been one of the few journalists who’ve held the government accountable. You can dislike his methods but not the subject matter.”

Why is Piers angry?

“We got annoyed with them.

“Our punishment for asking difficult questions is that Matt Hancock is now boycotting this programme.”