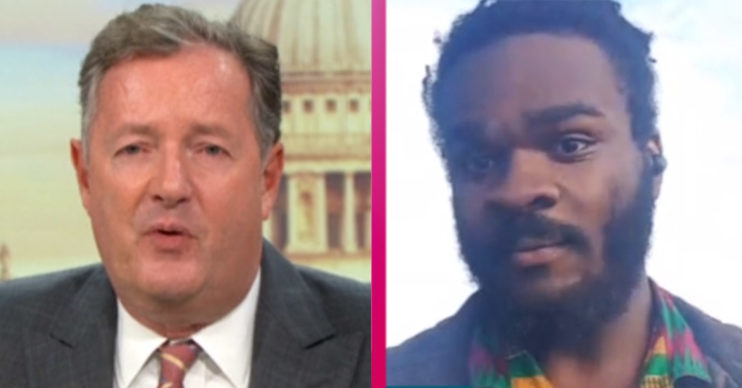 Piers thinks there is nothing wrong about the song Rule, Britannia

Piers Morgan ranted over the controversy surrounding Rule, Britannia! and Land of Hope and Glory as he returned to GMB.

The Good Morning Britain host was in fine form on his second day back as co-host of the ITV show.

Before long he was snapping away at an activist over the alleged slavery references in Rule, Britannia.

What has made Piers Morgan so angry now?

The pair debated whether the lyrics of Rule, Britannia! should be reinstated on BBC Last Night of the Proms.

The BBC had said it would take them off this year due to coronavirus.

However, sources alleged that the lack of lyrics were actually in response to Black Lives Matter.

Piers said: “I love the Last Night of the Proms, it plays to all the great parts of Great Britain, the patriotism, coming together, singing joyfully, I think it’s the wrong battle to pick, most people in the country don’t find it offensive.”

Femi replied: “We didn’t pick the battle..[The BBC] thought a song that celebrates slavery and imperialism might be better replaced by something else… It says ‘Britains never ever shall be slaves.”

Piers then crossly retorted: “The song doesn’t celebrate slavery, that is a completely misleading statement.”

Read more: Piers Morgan melts hearts as he calls his daughter on her first day back at school

Visibly angrier, Piers ranted: “This song was written before the main thrust of the British Empire, the Spanish and the Dutch were ruling the waves.

“It was designed to say we will not be taken over by the Spanish and the Dutch.

“It didn’t have anything to do with what Femi is saying, from my studying of the song, it’s certainly not a celebration of slavery.”

The pair eventually agreed to disagree, with neither parties backing down on their impassioned stances.

However, in an extraordinary development, the BBC now appears to have done a complete U-turn.

The BBC has confirmed that both songs will now be sung at the audience-less concert.

A statement from the Beeb includes: “The pandemic means a different Proms this year and one of the consequences, under COVID-19 restrictions, is we are not able to bring together massed voices.

“For that reason we took the artistic decision not to sing Rule, Britannia! and Land Of Hope And Glory in the hall.

“We have been looking hard at what else might be possible and we have a solution.

“Both pieces will now include a select group of BBC singers.

Those who think the BBC/Rule Britannia! fiasco was a fuss about nothing trumped up by right-wingers don't understand that many liberals, like me, feel just as strongly about it.
Patriotic pride in one's country & its history is not exclusive to right-wingers, or a bad thing.

“This means the words will be sung in the hall, and as we have always made clear, audiences will be free to sing along at home. While it can’t be a full choir, and we are unable to have audiences in the hall, we are doing everything possible to make it special and want a Last Night truly to remember.

“We hope everyone will welcome this solution. We think the night itself will be a very special moment for the country – and one that is much needed after a difficult period for everyone.”