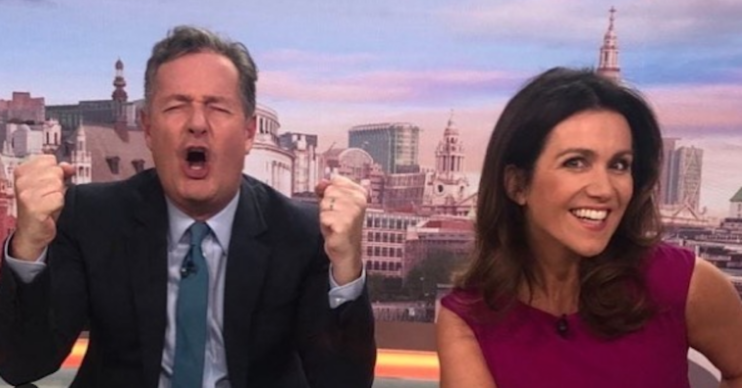 The presenter also made a dig at BBC Breakfast

The 55-year-old presenter celebrated the milestone as he shared a shot of himself alongside co-host Susanna Reid.

The snap showed the TV duo sitting behind the morning show desk as Piers held his fists in the air.

Meanwhile, Susanna flashed a smile as she playfully posed for the camera.

“2nd highest in show’s history & UP by 28% year-on-year, with poor old @bbcbreakfast DOWN by 2%. Thanks for watching.”

Fans rushed to congratulate the pair, with one writing: “Keep up the great work you do!!”

A second commented: “Love watching you both, especially as you hold people to account and challenge them.”

Another added: “You two are absolutely amazing, no one could do a better job than you pair.”

Piers told fans the ITV show had “28% audience share” and was “47% up year-on-year” after returning from his summer break.

Ahead of the summer, Piers joked he may leave GMB next year as Susanna revealed contract negotiations are still “underway” for 2021.

He said at the time: “We have two more days left, then you’ll all be glad to see the back of us. Not forever, we’ll be back in September.”

He later added: “I’m not actually. End of next year… possibly.”

While it’s not yet known if the host will actually leave the show, he did confirm he is set to be on GMB for another year.

In a chat with The Sun’s TV Mag, Piers explained: “I’ve just signed a new contract up for GMB until the end of next year. I love working with Susanna and the team – we’re a Yin Yang that works.”

During the show this week, Piers clashed with Edwina Currie as the two discussed Boris Johnson’s handling of the spoke in coronavirus cases.