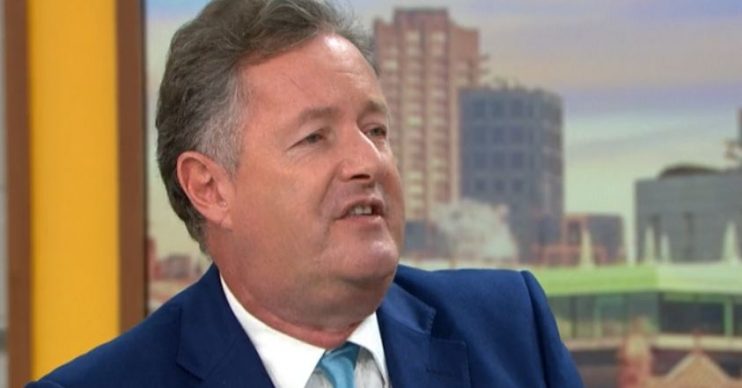 Piers accused him of being "self-righteous"

Presenter Piers Morgan butted heads with a Christian doctor on Good Morning Britain as he confronted the man over his views on transgender people.

Dr David Mackereth, who was given the sack for refusing use his patients’ preferred pronouns when referring to them, argued that doing so would have been “dishonest” of him.

Piers responded, “You understand that makes you a bigot? and added: “[Transgender people] go through an extremely long and painful transition process, both physically and psychologically. And they do it because fundamentally they believe they were born in the wrong body, the wrong gender, the wrong sex.”

He asked Dr Mackereth to find it in his heart, as a Christian, to respect that, but the doctor argued that the bible says God made everyone either male or female and pointed out that, if he is a bigot for his beliefs, then “the whole of Christianity throughout history is bigotry”.

As the discussion heated up, Piers called him “self-righteous” and demanded to know if the doctor, since he goes by what the bible says, wished to stone people for adultery when they look at others “in a lustful way”.

But Dr Mackereth told him that Jesus taught tolerance and said Piers seemed to have “failed that test”.

Speaking in the studio to transgender journalist India Willoughby, Piers said: “I’m a Christian, I was brought up a Catholic. But when I hear this kind of stuff my heart sinks. It’s so intolerant.

“If people go through a transitioning process from male to female, or female to male, it’s such an arduous thing to do.

“That’s what I always think. Why would you put yourself through it, if you didn’t fundamentally believe that that’s what you want to be.”

The interview got more and more tumultuous, until Susanna started to intervene and Piers, taking cue from her tone, decided to cut the conversation short and told Dr Mackereth: “I think we’re done here. Let’s get David some stones.”