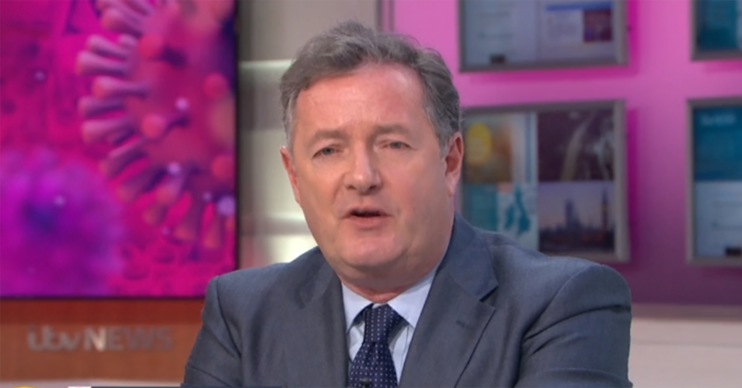 The presenter took aim at the couple once again on the daytime show today (April 21).

It came after Meghan and Harry announced their “zero policy engagement” with British newspapers.

The couple explained they were happy to collaborate with “journalists and media organisations all over the world”.

However, they would not “offer themselves up as currency for an economy of clickbait and distortion”.

“I’m comparing and contrasting the class of Prince Phillip, which has been mirrored by the class of the Queen whose birthday is today.”

Holding up a picture of Meghan and Harry, Piers continued: “These whiny little brats in Hollywood, banning newspapers.

“Leaking details in court of all their texts to her father who is in his 70s, has underlying health conditions probably living in fear of COVID-19.

“But they think right now is a good time to go ahead with legal action, drag all the mud out.

“Not a single part of them thought, this is not a good time.”

Susanna Reid cut in: “They did go and distribute food.”

However, Piers hit back: “Oh please, why do you defend these people?”

Meanwhile, later in the show, Piers insisted he can’t be bothered to discuss the couple again.

He said: “Let’s not talk about Harry and Meghan, I can’t be [bleep].

“On the Queen’s birthday, imagine starting their own war with the media, in the middle of the coronavirus crisis, it’s staggering.”

In addition, he said: “Shut up, go away, seriously go away Harry and Meghan. Go and sit in your mansion, nobody cares.”

In conclusion, Susanna suggested they shouldn’t talk about the couple again on the show.

Piers seemed keen on the idea and said: “Yes, you know what great idea.

“They banned the newspapers, today we’re banning Meghan and Harry from Good Morning Britain for the foreseeable future.