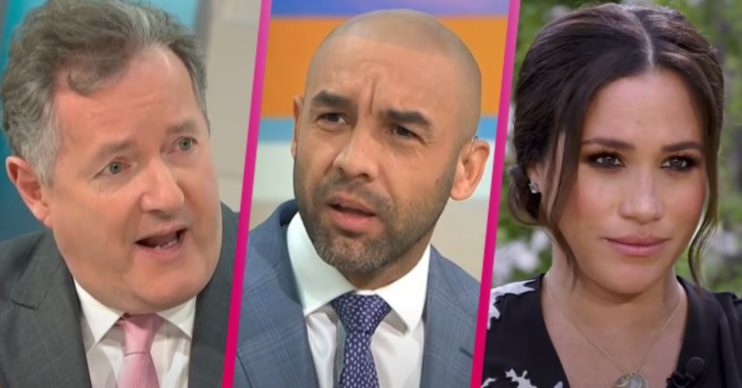 Piers Morgan ranting about Meghan Markle sparked thousands of complaints to Ofcom, according to reports.

Former daytime TV host Piers’ recent moaning about the Duchess of Sussex on GMB, and the royal’s tell-all interview with US host Oprah Winfrey, both attracted a slew of complaints to regulator Ofcom.

The Sun reported on Wednesday (March 17) that Piers ranting about Meghan on Good Morning Britain, and his subsequent clash with weather expert Alex Beresford, generated a record number of complaints.

According to the newspaper, Ofcom received 57,121 complaints to make it the most complained-about TV segment ever.

Before that, the record holder was Celebrity Big Brother, which saw 44,500 complain about late reality star Jade Goody’s row with Indian actress Shilpa Shetty in 2007.

Piers clashed with Alex when he criticised him for saying he didn’t believe a word Meghan said to Oprah.

The presenter sensationally stormed out of the studio. Later that day, ITV announced he had stepped down from his role on the programme.

Similarly, although not quite at the same level of backlash, the Duke and Duchess of Sussex’s chat with Oprah generated 4,398 complaints to Ofcom.

I did actually call them to see how they are feeling, it’s true, Harry has talked to his brother and his father, too.

ITV showed the bombshell discussion on Monday, March 8, a day after it aired for US audiences.

A spokesperson for Ofcom said in a statement, as reported by Sky News: “We can confirm that this issue has attracted the highest number of complaints since our reporting began.”

Harry and Meghan caised a shockwave by making allegations of racism against the Royal Family.

And the duke has reportedly held talks with his father, Prince Charles, and brother, Prince William since then.

However, the conversations did not go well, according to Gayle King, who is friends with the couple.

Presenter Gayle said on CBS This Morning: “Well, I did actually call them to see how they are feeling. It’s true, Harry has talked to his brother and his father, too.”

She added that the talks were “not productive” but the Sussexes were “glad they at least started a conversation”.