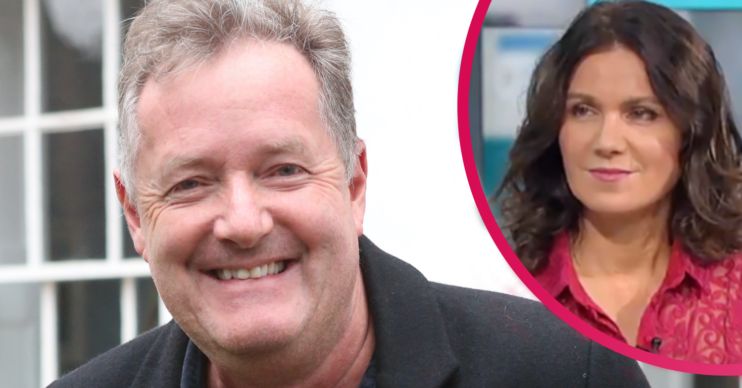 Could he possibly come back? He couldn't, could he?

Piers Morgan has agreed with followers who said a return to GMB would be “amazing”.

The former breakfast host, 56, responded to one follower who urged him to return to the show after former Chief Advisor to the Prime Minister, Dominic Cummings, appeared at hearings today (Wednesday May 26).

It would.. and I'm still technically under contract to present @GMB … https://t.co/osnbfUX6RH

What did Piers Morgan say about returning to GMB?

A follower got in touch with Piers and said: “The whole nation wish you were on TV tomorrow morning Piers.

“Perhaps GMB can invite you on as a guest presenter for the one day.

“That would be amazing.”

Piers, who spent most of the day on Twitter criticising Mr Johnson, soon agreed with the follower.

“It would,” he said. “And I’m still technically under contract to present @GMB.”

What has he said about the government before?

The former host became known for criticising the government for its approach and response to the coronavirus pandemic when it first swept the nation in March 2020.

No government minister appeared on the show for 201 days, as Piers continually laid into the powers that be.

In November 2020, reporter Nick Dixon had asked Health Secretary Matt Hancock why he had been evading the programme.

Soon after, Mr Hancock appeared live on the show and denied there had been a boycott.

BREAKING: Just had a call from Downing Street. The 201-day Government boycott of @GMB is over & Health Secretary @MattHancock will be appearing on the show tomorrow morning… pic.twitter.com/zDLWi0LkFp

When was the last time Piers Morgan appeared on GMB?

However, even though Piers might be keen on a GMB return, his former employers might not be.

This sustained attack on the royal couple saw him storm off set after an on-air row with Alex Beresford.