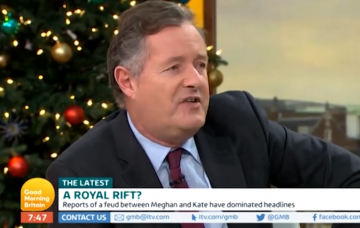 Piers Morgan has spoken (many times) in the past about how he was once friendly with Meghan Markle.

He’s recounted (on multiple occasions) entertaining her in a London pub the very day she met Prince Harry for the first time.

And he’s revealed (often!) that she dropped him like a hot potato once she started dating the royal.

The Good Morning Britain host didn’t waste the opportunity to bring up the story again on today’s show. 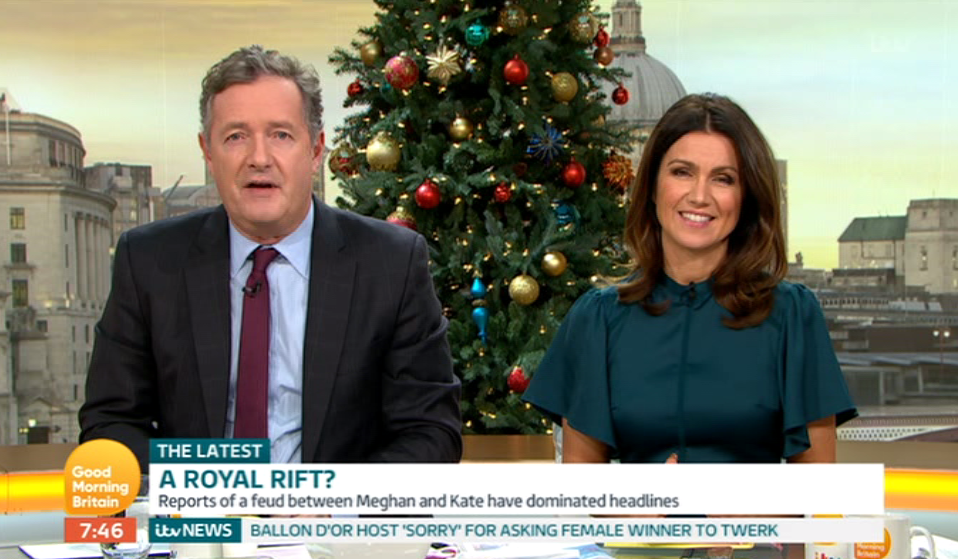 He and studio guests, Tom Bower, a royal biographer, and journalist Radhika Sanghani were discussing the spate of negative stories about the Duchess.

Piers explained: “I’ve had my own experience with her, which was not great to be honest. I knew her for about a year and a half.

“I got on really well with her and then ‘bang’ she met someone more important and immediately ghosted.

“I never heard from her ever again and the old slippery slope ladder had gone up and she social climbed her way out of my orbit.

“So my experience wasn’t great, I’ve got to be honest with you.

“And everything I’ve seen since does slightly smack of an actress, a Hollywood actress, seizing her chance and acting her way to the top.” 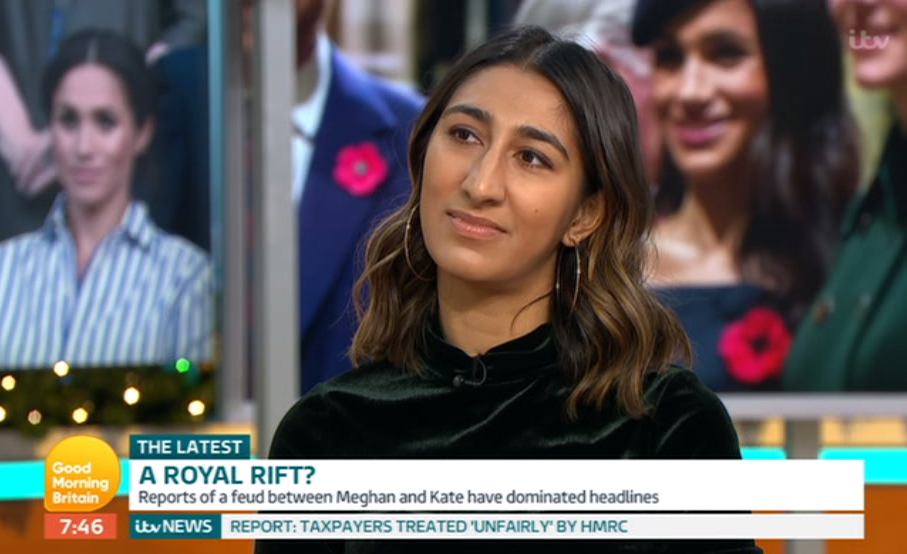 Radhika responded: “As a normal person, to me it is this really lovely love story between them.

“When you saw their wedding it was very obvious they were in love and they seem a great married couple.

Tom suggested Meghan is “victim of her own ambition”.

He added: “I don’t think anyone is out to get her. People are unhappy – they always leak.

“That’s what Piers and I live on – the victims, coming forward and confessing their unhappiness.

“She’s trying to be Diana, trying to adopt the new role. The tragedy is that it will end in the same way unless someone steps in from the palace and says this is the way it’s done here.”

Piers then offered: “Kate Middleton is very ‘home counties’ and safe, almost groomed for the role – it’s much easier for everybody to have that kind of person.

“Meghan is from a very different background, a TV star, and probably finds the Palace system very suffocating and annoying.

“And the people around her like the formality of it and probably equally find her annoying.”

Piers added: “You can’t go after a prince as she did. And I know she did. I put her in the cab to Harry to start with.

“You can’t set your sights on a prince to this country who is in line to the throne and expect to have a normal private life afterwards.

“It’s part of the deal. To live in Palaces at our expense you get to be in the papers. Good, bad and ugly.

“I would say there are concerns in the Palace over her treatment of her father. It’s probably an ongoing massive issue. For a woman to just cut her father off.

“From the moment she met Harry she ditched anyone who could have been a problem.”

Radhika argued that Meghan had inspired a generation, but Piers was having none of it.
“Well she didn’t inspire me, she sacked me like a sack of spuds,” he spat. “I take people as I find them, and I wasn’t impressed.

Do you think this is sour grapes on Piers’ part? Leave us a comment on our Facebook page @EntertainmentDailyFix and let us know what you think!