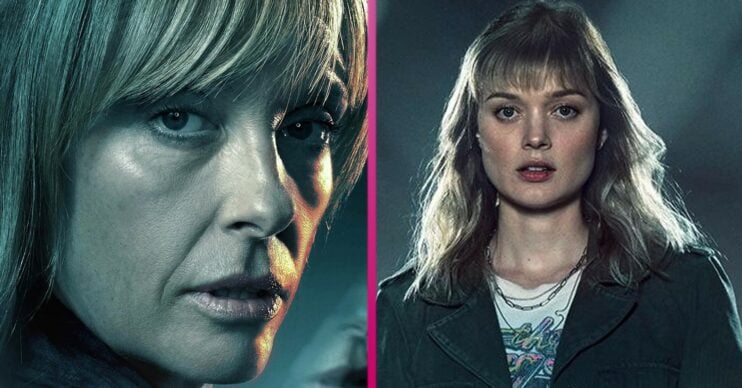 Pieces of Her on Netflix: Is it based on a book, who’s in the cast and is it any good?

Toni Collette stuns as Laura Oliver in this chilling thriller

Pieces of Her is the new Netflix thriller which will have viewers guessing until the very end, and reviews are already coming in.

We know Netflix is brilliant at offering up chilling mysteries like Stay Close, Archive 81, and The Sinner.

And Pieces of Her is no exception.

With Toni Collette leading the cast, Netflix are already winning.

Here’s everything you need to know about Pieces of Her on Netflix, and what the reviews are saying…

Pieces of Her on Netflix review – what’s it about?

Pieces of Her has everything you’d want in a thriller.

It has a captivating cast, and is FULL of suspense, emotion, and mystery.

Even the trailer (see below) gives us goosebumps.

The chilling thriller is set in a small, sleepy Georgia town, but it doesn’t stay sleepy for long.

When a Saturday afternoon trip to the mall suddenly explodes into violence, it sets off an unexpected chain of events for 30-year-old Andy Oliver and her mother Laura.

The random act of violence leads Andy to question who her mother really is – is she a hero, a liar, a killer?

Andy suddenly realises that her mum is not who she thought she was, and her perception of her is changed forever.

Desperate for answers, Andy embarks on a dangerous journey across America.

Her travels draw her towards the dark, hidden heart of her family.

She must piece together her mother’s dark past – but at what cost?

Is Pieces of Her based on a book?

The Netflix drama Pieces of Her is based on the psychological crime thriller of the same name, written by Karin Slaughter.

The tagline reads: “She’s the person you think you know best…

“But what if you don’t actually know her at all?”

We’re told that “Andy Oliver thinks she knows everything about her mother Laura.

“Until, in a moment of terrible danger, Laura steps forward into the line of fire.

“Now, Andy must embark on a desperate race against time to uncover the secrets of her mother’s past.

“Before they both run out of time…”

Critic Jeffery Deaver said of the book: “Fiction doesn’t get any better than this.”

Camilla Lackberg added: “With heart and skill, Karin Slaughter keeps you hooked from the first page until the last.”

As usual with Netflix series’, the whole series will be available to watch straight away.

So, if you’re lucky enough to have the time, you can binge the whole series in eight hours!

The series will be available to all Netflix subscribers in the UK.

Pieces of Her Netflix review – how many episodes is it?

Pieces of Her is eight episodes long.

All episodes of the tense thriller series will be available from Friday March 04 at 8am.

Toni Collette stars as Laura Oliver in Pieces of Her on Netflix.

Laura appears to be a normal suburban mum – if there is such a thing.

Or at least that’s what her daughter Andy thinks.

But, in reality, Laura is hiding a whopper of a secret.

Of course, Toni is the big draw in this Netflix mystery.

The Australian actress, 49, came to worldwide fame when she appeared as Muriel in the hit film Muriel’s Wedding in 1994.

Toni has appeared in dozens of popular films, including Emma, Shaft, The Hours, Knives Out and In Her Shoes.

The actress was positively TERRIFYING in the 2018 horror film Hereditary.

She’s also known for her theatre work, and has appeared in various TV series.

Toni starred in the comedy-drama series United States of Tara from 2008 to 2011, Hostages in 2013, and the Netflix drama miniseries Unbelievable in 2019.

She’ll soon appear as Kathleen in the upcoming HBO mini-series The Staircase.

The series is based on the arrest and subsequent conviction of author Michael Peterson, who was found guilty of murdering his wife, Kathleen.

Oh, and if she wasn’t already sickeningly talented enough, Toni is a singer-songwriter too!

She’s the lead singer of Toni Collette & the Finish.

Actress Bella Heathcote stars as Laura Oliver’s daughter Andy in Pieces of Her on Netflix.

Andy is horrified when she discovers her mother is not who she thought she was.

She embarks on a dangerous mission to find out the truth about her mum’s identity and past.

Like her on-screen mum Toni Collette, Bella is an Australian actress.

Bella, 34, has been acting since 2008, when she first appeared as Petra in Acolytes.

She went on to play Amanda Fowler in Neighbours in 2009, before starring in films including In Time opposite Justin Timberlake, and Not Fade Away, where she played Grace Dietz.

In 2016, Bella portrayed Jane Bennet in the mock horror, Pride and Prejudice and Zombies.

She’d played Leila in Fifty Shades Darker, Nicole Dörmer in The Man in the High Castle, Susan Parsons in Strange Angel, and Sam in Relic.

Most recently, she portrayed Young Loris in Bloom.

Pieces of Her Netflix review: Omari Hardwick as Gordon Oliver

Omari Hardwick stars as Gordon Oliver in Pieces of Her on Netflix.

Gordon is a successful lawyer in Savannah.

When a shocking act of violence puts his ex-wife and stepdaughter in sudden danger, Gordon is drawn into a shadowy world.

His TV and film career has also seen him play Sergeant Marcus Williams in Kick-Ass, Chopshop Jay in The A-Team, and Vanderohe in Army of the Dead.

Nick, played by British actor Joe Dempsie, is Andrew’s friend in Pieces of Her.

Fans of the original series of Skins will know Joe Dempsie played the role of Chris Miles from 2007 to 2008.

Merseyside-born Joe was also portrayed John in The Fades, Chris Cooper in Southcliffe, Ned in New Worlds, and Rob Elliot in One of Us.

Game of Thrones viewers will also recognise the 34-year-old as Gendrey Baratheon.

Jessica Barden stars as Jane in Netflix thriller Pieces of Her.

Jane is a piano prodigy and the only daughter of Getty-like billionaire Martin Queller.

At first sheltered, she starts to break away from her controlling father as she begins to realise her hunger for love and freedom.

Actress Jessica, 29, is best known for playing Alyssa in Channel 4 series The End of the F***ing World.

She’s also starred in the 2015 film The Lobster, and has had smaller roles in Tamara Drewe, Hanna, and Far from the Madding Crowd.

In 2016, she played Justine in Penny Dreadful.

Coronation Street fans might recognise her as Kayleigh Morton, a role she played from 2007 to 2008.

Who else stars in the thriller?

The 29-year-old British actor has portrayed Tyler Blaine in Some Girls, Lewis in Dixi, and Armando Aretas in Bad Boys for Life.

Pieces of Her on Netflix review – what’s it about?

Critic Lauren Morris says: “While the eight-parter’s short synopsis sounds promising, it’s the show’s slow-burning exploration of the former life that Laura has tried so desperately to shield from her daughter that sets this show up to be as much of a hit with drama-lovers as similar Netflix thrillers like The Stranger, The Sinner and True Story.”

She continues: “Pieces of Her is well worth a watch if you like playing detective and, with a stellar cast at its core, this eight-part thrill-fest is a strong contender for the next title to top Netflix’s streaming chart.”

Thelma Adams of thewrap.com says: “As all the parts fuse, Pieces of Her delivers a gripping murder mystery, fully realised for television, that leaves audiences guessing until the very last scenes.”

Dais Johnston of Inverse likens the series to John Wick, and promises lots of “gasp-worthy moments”.

She adds: “Like all good thrillers, the slow burn and tense conversation build up to a climax that reminded me of watching a classic suspense film, like Cape Fear or Double Jeopardy.

“But just when you think it’s all over, the show kicks you on the way out with a single twist that changes everything we thought we knew about Laura.”

Pieces of Her starts streaming on Netflix from Friday March 04 2022 at 8am.

Are you a fan of Netflix thrillers? Would you watch Pieces of Her? Leave us a comment on our Facebook page @EntertainmentDailyFix.

Netflix Pieces of Her Toni Collette