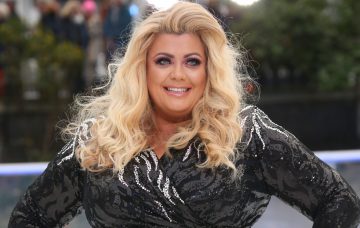 He thinks she could be great

Phillip Schofield admitted he was convinced that Gemma Collins would quit Dancing On Ice, but the presenter has now showed his support for her.

The DOI host previously said he reckons Gemma is a “quitter” when it comes to facing hard tasks but he has now revealed that she seems “very committed” to the show.

He told the Press Association: “I think the nation is intrigued to see Gemma! Now we know who she is partnered up with and Matt will be absolutely brilliant with her.

“I’ve said it to Gemma, ‘If you make the first show it’ll be a miracle,’ and she does seem very committed.”

The 56-year-old also added that the GC is a better skater than expected.

He continued: “I think she’ll be actually very good!

“I think she is surprisingly good, so I think that would be great to see.”

The Only Way Is Essex star, 37, has said she is determined to prove the doubters wrong.

She told the Press Association: “Everyone thought I was going to quit but I’m still here”.

Schofe originally seemed doubtful of Gemma’s ability to stick it out in the competition, considering her history with reality shows.

In 2014, she quit I’m A Celebrity… Get Me Out Of Here after just three days in the jungle.

But she has been working hard ahead of the new series of DOI, which begins in January on ITV.

Gem, who is partnered with professional partner Matt Evers, told her fans on Instagram: “I’m NOWHERE near PERFECT but I am GIVING this EVERYTHING I HAVE.”

We can’t wait to see how all that training has come along in January, Gemma!

Do you think Gemma will do well on the show? Leave us a comment on our Facebook page @EntertainmentDailyFix and let us know what you think.