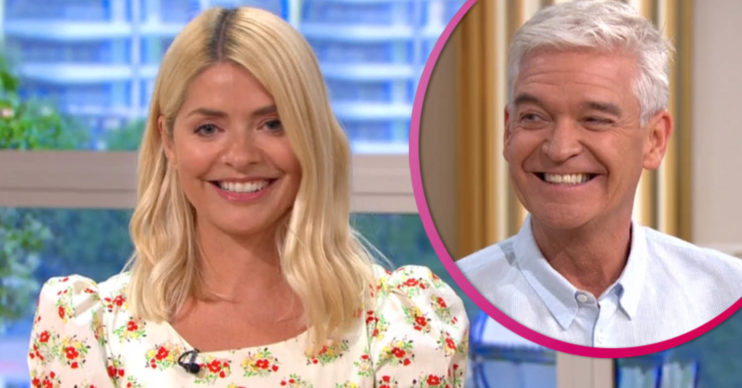 Phillip Schofield’s company Fistral Productions made a staggering rise of £807,413 last year and is now worth £2.5 million.

And his worth is substantially more than his co-presenter Holly Willoughby’s own firm.

Phillip Schofield company is worth £2.5 million

Phil earns his hefty salary from his various hosting gigs – including This Morning and Dancing on Ice.

He is estimated to earn £600,000 a year just presenting This Morning alone.

This year he launched his own boxed wine, Schofield. The wine is available at Waitrose and Amazon, and is regularly promoted on his Instagram page.

When is Phillip Schofield’s autobiography out?

Phil has his official autobiography set for an October release. The book, Life’s What You Make It, will cover his rise to fame as one of the television’s highest paid presenters.

It will also include the story of his coming out. Just this February, Phil announced he was gay live on This Morning.

He remains married to his wife Steph, and they have two adult daughters, Molly and Ruby, together.

Penning the book in lockdown, he has promised to cover this major life transition.

Addressing his 3.2 million Instagram followers, he says writing the book has been “deeply emotional”.

“Finally, in lockdown, I knew that all the pieces of the jigsaw had been put into place and I was ready to write – that and a new discovery… lots of free time,” he explained.

“It has been a fascinating experience, both immense fun and deeply emotional.

After being asked many times, and after many years of wanting to, I have written my autobiography. I wrote the first line of the book, in my head, when I was about 14. It took me until 2017 for me to finally write the first chapter and then I stopped because the time wasn’t right. It has certainly been something of a work in progress! Over the years I have been making notes of the stories and events of my life that I thought would tell my story. Finally, in Lockdown, I knew that all the pieces of the jigsaw had been put into place and I was ready to write – that and a new discovery… lots of free time! It has been a fascinating experience, both immense fun and deeply emotional. Finally, after all these years, I’m happy it’s gone from my head, to the page. I’ve been honest and I’ve been me. Thank you @michaeljbooks @penguinukbooks. Published this October but available to pre-order now using the link in my bio #LifesWhatYouMakeIt

“Finally, after all these years, I’m happy it’s gone from my head, to the page. I’ve been honest and I’ve been me.”

As he announced his sexuality on This Morning, he explained why he finally decided to come out.

He said: “I wasn’t being honest with myself.

“You know this has been bothering me for a very long time.

“I think everybody does these things at their own speed, in their own time, when they feel the time is right.”

What do you make of Phil’s earning power? Leave us a comment on our Facebook page @EntertainmentDailyFix.