TV's Phillip Schofield jokingly walked off the This Morning set today after a blunder left him red-faced as he exclaimed: "I need a drink!" 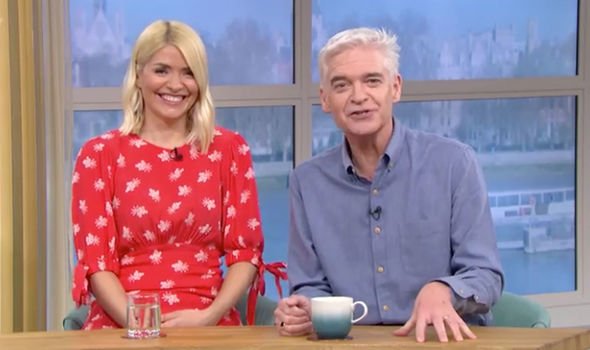 Phil made mistakes while presenting This Morning much to Holly's delight (Credit: ITV)

Read more: Phillip Schofield comforts wife of soldier who took his own life as she breaks down on This Morning

Phil, 57, made the gaffe while reading the autocue, causing co-host Holly Willoughby, 39, to get the giggles.

After running through the schedule of what was coming up on the show, Holly moved on to a segment about Essex, saying: "But first, let’s talk about Essex, famous for its star-studded nightlife, fake tan, big hair and vajazzles."

Want you to know that it’s not the only way Essex should be seen.

Phillip then took over with: "Well, the local tourist boards want to know that,” before stopping himself to correct his error adding: "Want you to know that it’s not the only way Essex should be seen."

Holly could be seen laughing in the background at Phil's expense while he struggled on with the rest of the segment's introduction, again tripping over his words.

He then jokingly pulled his chair back and went to walk off set saying: "I think I need a drink!" 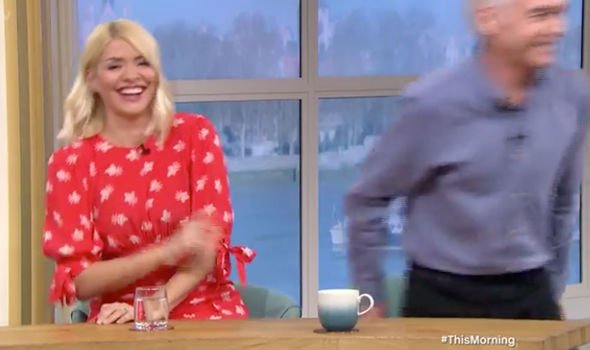 Holly was seen laughing as Phil pretended to storm off set (Credit: ITV)

Read more: Phil and Holly gobsmacked as woman, 100, puts her legs behind her head on This Morning

The presenting pair are well-known for regularly getting the giggles and we're sure this won't be the last time!

Holly and Phil started the show thanking viewers for helping This Morning win yet another award at the TRIC awards.

Thank you for our Britain's Best Daytime award @TRICawards! 😊

Promise we'll take care of this one... pic.twitter.com/HdzVpiqm84

Today's show was cut short to make way for coverage of the Chancellor's budget.

Chancellor Rishi Sunak pledged sick pay for those who have to self-isolate due to the coronavirus whether they have the virus or not.

He also promised: "Whatever extra resources our NHS needs to cope with Covid-19, it will get.