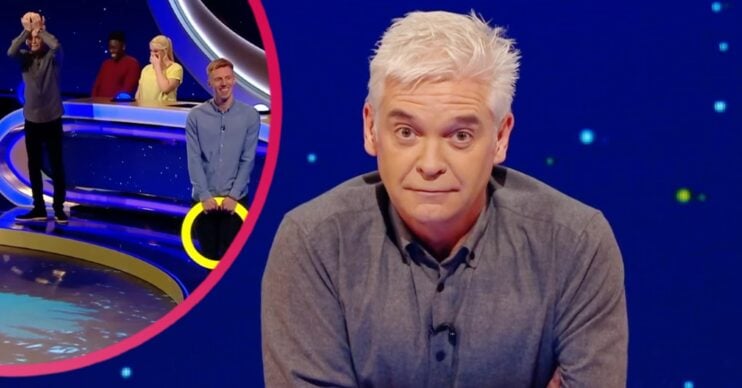 Phillip Schofield will reportedly no longer appear on 5 Gold Rings as the show has been axed.

According to reports, the popular ITV game show has been ditched after four series due to the pandemic.

Fronted by Phillip, the series sees its contestants go head to head over five rounds for a huge cash prize.

Despite being a ratings winner for ITV since 2017, the show will no longer air on the channel.

A TV insider told the Daily Star: “Execs have decided not to commission another series of 5 Gold Rings.

“It won’t be back on TV this autumn like it normally would and there are currently no plans to bring it back in the future.”

Meanwhile, the source also claimed that the pandemic was one of the main reasons for its cancellation.

They added: “TV production is extremely difficult while the virus is still around. That means some shows have to be dropped.”

However, it appears Phillip is still busy with other TV work.

As well as 5 Gold Rings, the star hosts This Morning and Dancing On Ice.

Phillip, 59, is also a main presenter on The Cube.

What has Phillip Schofield been up to?

Meanwhile, Phillip is currently on a summer break from This Morning.

The presenter handed over hosting duties to Ruth Langsford and Eamonn Holmes earlier this month.

Alongside co-host Holly Willoughby, the pair will return in September.

Alongside a photo, which showed the family smiling, Phillip told fans they had a “long weekend” celebrating.

It’s unknown whether Phillip and Stephanie are officially separated, after the host came out as gay last year.

Speaking about their divorce, he previously said: “With divorce… that has not been discussed. We are picking our way through and however that works and it’s a work in progress.”