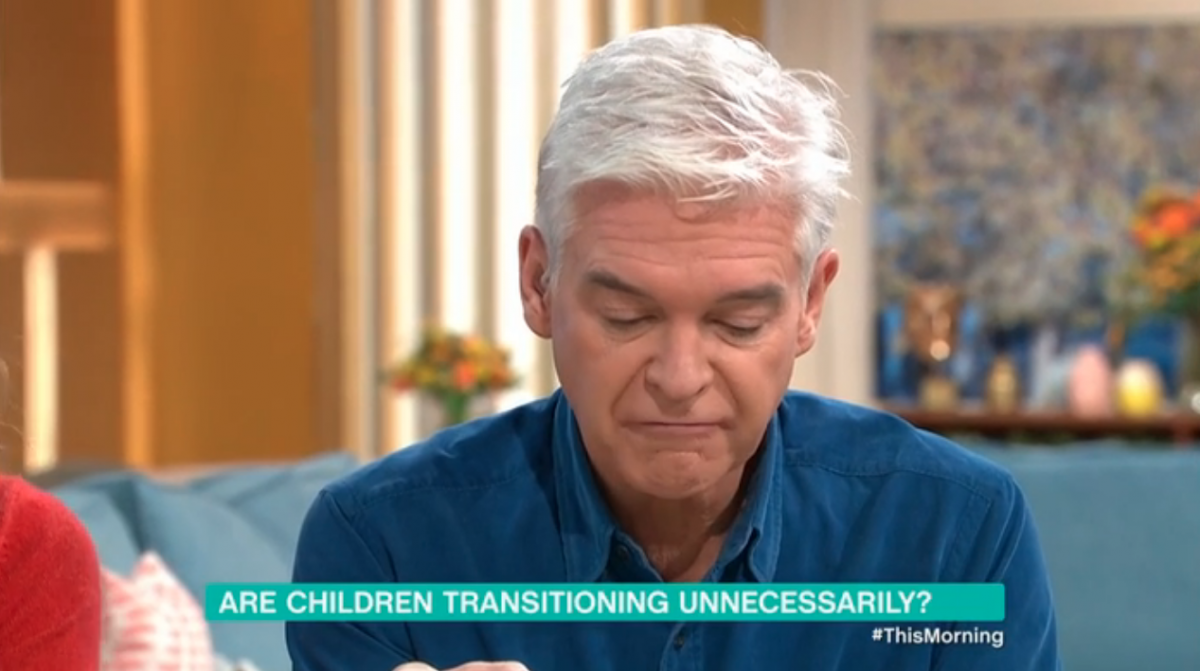 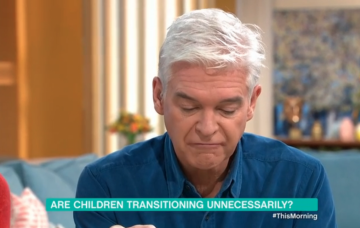 This Morning fans were quick to get on Phillip Schofield’s case earlier today after he had an unfortunate slip during an item about transgender issues.

Hosts Phil and Rochelle Humes were discussing claims children are choosing to transition because it is ‘fashionable’ with an activist and a psychotherapist when the veteran presenter tripped over his words.

And regrettably, many viewers decided to unfairly interpret the word he mistakenly said instead as being especially unsuitable due to it being used in the US as a homophobic slur.

Clearly, however, there was no intention on Phil’s part to be inappropriate or insensitive.

Several viewers found the blunder amusing as they stretched the point. But many others felt doubly sorry Phil had not only endured a gaffe but one that opportunist detractors on social media could misrepresent.

The awkward moment came as Phillip framed the debate with a series of widely-held – if not always accurate – beliefs about transgender matters.

Following on from a previous statement which was analysed by the guests, he read from his notes: “One of the other points that was being made was that being trans was in vogue and a fag… fad.”

Immediately tutting after he corrected himself, Phillip continued without otherwise acknowledging the brief stumble.

But plenty of those watching did pick up on it – with many feeling very sympathetic towards him.

“That was unfortunate Phil,” noted one fan on Twitter.

“You could see the disappointment on his face,” added another, tagging a crying face emoji into their message.

Others, however, could only see the funny side of the error – with one suggesting the moment was “TV gold”.

“If there ever was a time when he could hoover up his words that would be it!” laughed another.

Bit of a whoopsie there Phil #thismorning pic.twitter.com/WVT5NVjRNr