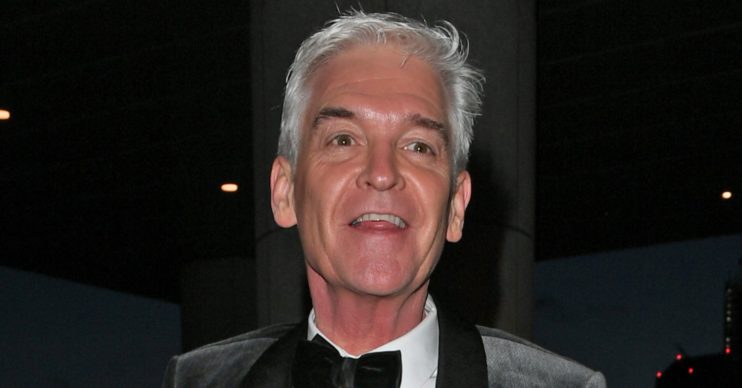 This Morning star Phillip Schofield has opened up on the truth behind his drastic weight loss.

The presenter, 58, revealed he dropped to nine stone ahead of coming out as gay earlier this year.

It comes after the TV star previously lost three stone after being “horrified by how chunky he looked” in a family snap.

Writing in his new autobiography, Life’s What You Make It, Phil explained: “A few years ago, Steph and I had a wonderful holiday in the Hamptons.

“We’d had our picture taken by a friend and, when I saw it, I was horrified by how chunky I looked.”

Soon after going on the 5:2 diet, Phil revealed his weight dropped to 11 stone and his appetite became smaller.

He added: “Now, I couldn’t eat at all. I was in such a state of turmoil that I had no interest in food. Steph kept trying to get me to eat, but I couldn’t face anything.

Read more: Phillip Schofield reveals Fern Britton failed to reach out after he came out as gay

“My weight dropped, and as it hit nine stone twelve pounds the This Morning viewers started to notice.

“I was getting Tweets from people asking if I was ill, or saying that if I was on a diet I should stop, because I’d lost too much weight.”

Earlier today (October 15), Phil spoke about his weight loss during an appearance on Lorraine.

He said: “It was the toughest time ever, when you’re going through something like that and trying to pick your way through it.

“It’s not in my nature to hurt people. There were so may thoughts going through loops in my head. I couldn’t eat, couldn’t sleep.”

Earlier this year, the star also revealed how the stress of wrestling with his sexuality caused him to be skinnier than he had been for almost 30 years.

When did Phillip come out as gay?

Phillip, who has daughters Molly, 27, and Ruby, 24, with wife Stephanie, revealed he was gay back in February.

He bravely opened up about his sexuality on This Morning alongside close friend and co-star Holly Willoughby.

He has since admitted Holly played a “vital” role in him coming out.

Speaking on The One show, Phil said: “[Holly was] absolutely vital, couldn’t have done it with anyone else, I wouldn’t have wanted anyone else to be sat beside me.

“We had a big lead up, Holly was one of the first people I told when I knew what I had to do, she is such a wise person.”