This Morning star Phillip Schofield has apparently moved out of his family home and into a flat in London after coming out as gay.

The television favourite had shared a plush pad in Oxfordshire with Steph, his wife of 27 years, and their two grown up daughters Molly and Ruby.

But according to The Daily Mail, Schofe now lives in an apartment in central London.

Phillip Schofield has 'moved out of the family home' (Credit: ITV)

Read more: Phillip Schofield says there is 'no one' else as he rules out gay romance for now

A source said: "There has been talk for weeks that Phillip isn't living with Steph any more, that he had moved out for good and had a new home.

"He has a place in central London.

"It's not as big but it's the beginning of a new life for him."

Where is the star thought to be living?

It is thought Phillip, 58, may be living somewhere that overlooks the Shard building.

It's the beginning of a new life for him.

Last month he shared a video on social media that appeared to show him in the area.

The clip was filmed at a Clap For Carers event and the skyscraper could be seen from where Phillip was standing.

#clapforourcarers Thank you for being there on the front line for all of us. Tonight and always we applaud you #nhs

Phillip came out in a moving post on social media in February.

The same day he followed it up with an interview with close friend and This Morning co-star Holly Willoughby.

"With the strength and support of my wife and my daughters, I have been coming to the terms with the fact that I am gay," he wrote.

The star said it was something that "has caused many heart-breaking conversations at home". 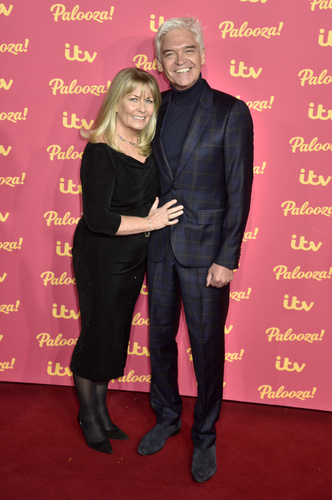 "My family have held me so close," he said.

"They have tried to cheer me up, to smother me with kindness and love, despite their own confusion.

"Yet I still can't sleep and there have been some very dark moments."

The star's revelation prompted a flood of support from fans and fellow celebrities.

Many praised his bravery in speaking out.