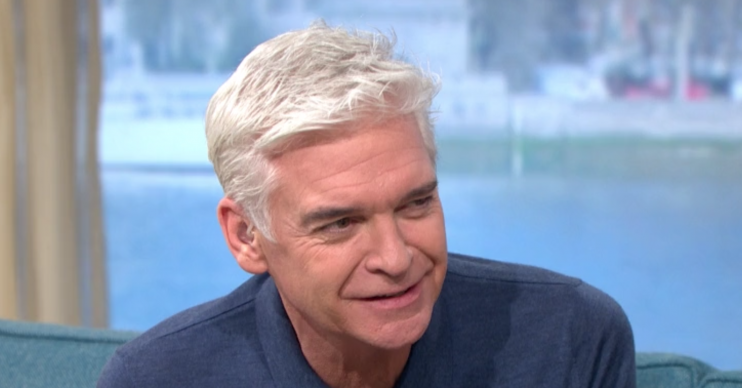 Presenter was visibly moved during This Morning chat

TV presenter Phillip Schofield admitted he “could cry” after actor Brian Cox told him earlier today he was “very proud” for coming out.

The 73-year-old star was interviewed on This Morning by Phillip, 57, and co-host Holly Willoughby, with their wide-ranging chat covering Brian’s starring role in HBO drama Succession and even global chicken farming.

But the end of the interview, Brian took a moment to congratulate Phillip for revealing he is gay on the ITV daytime show three weeks ago.

Churchill star Brian said: “By the way, well done, really well done. I was very proud of what you did, I thought that was a remarkable thing that you did.”

Visibly moved and recognising what he was referring to, a taken aback Phillip replied: “Thank you,  you’ll make me cry.”

Holly comforted her colleague as the show went to an ad break, before thanking Brian herself.

I was very proud of what you did, I thought that was a remarkable thing that you did.

Brian also appeared to apologise for his comments – but it looked as if Phillip replied to him by telling the Scottish performer that they were ‘appreciated’.

“Thank you, no it’s fine. I appreciate it very much,” he said.

Phillip came out on his ITV daytime show earlier this month.

He became emotional as he paid loving tributes to his wife Stephanie and two daughters as he discussed his sexuality.

But Phillip also hailed both his and Steph’s families for supporting them in an Instagram post ahead of his surprise TV appearance as he admitted there had been “heartbreaking conversations at home”.

Phillip said: “My family have held me so close: they have tried to cheer me up, to smother me with kindness and love, despite their own confusion.

He also said had been “stunned” by his wider family’s support – before imploring everyone to “please be kind, especially to my family”.

He reflected: “Steph has been incredible – I love her so very much. She is the kindest soul that I have ever met.

“Of course they are worried about Steph, but I know they will scoop us both up.”

This Morning airs on ITV, weekdays at 10am.