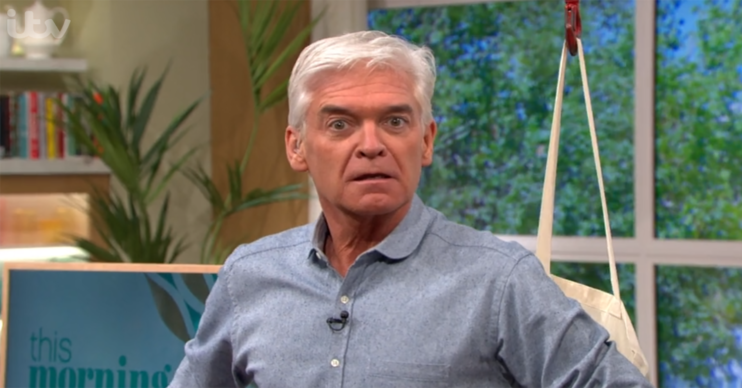 TV’s Phillip Schofield and Holly Willoughby were shocked when a This Morning viewer failed to answer a simple Kate Middleton question.

The Duchess of Cambridge appeared on Thursday’s show to discuss her latest photography project.

The mum-of-two is calling on the public to show the “resilience, bravery and kindness” that people are experiencing by taking pictures of family, friends and colleagues living under lockdown.

Following the interview, Holly and Phil hosted the Spin to Win segment.

Claire rang into the show for a chance to win some cash.

She bagged £800 and had a chance to win a bag of This Morning goodies if she answered a question correctly.

Phil asked: “Which member of the Royal Family did we speak to before the break?”

However, Claire paused and said: “I don’t know, I’m sorry.”

Holly asked: “Where have you been?”

Phil shouted: “You’re weren’t watching? It was a 15 minute interview.”

However, after thinking, Claire managed to get the answer right and won the goodies.

Kate appears on This Morning

Meanwhile, viewers were thrilled to see Kate on the show.

The Duchess revealed it’s “really hard” being away from family during the coronavirus pandemic.

What did the Duchess say?

“We hadn’t done a huge amount of FaceTime and face calls and things like that, but obviously we’re doing that a lot more now, and actually it’s been really great.

“In some ways I suppose we’ve got a lot more face time than perhaps we would have done before but it is difficult.

“It’s hard to explain to a five and a six, nearly seven-year-old what’s going on.”

Kate went on to speak about Prince Louis and Princess Charlotte‘s recent birthday images, which she captured.

The images of Louis, two, showed him playing with paint, which he later got all over his face.

She joked: “I should have taken of what I looked like after that. Luckily, that wasn’t documented.

“I looked like Louis at the end of that!”