The This Morning host suddenly entered the studio unannounced. 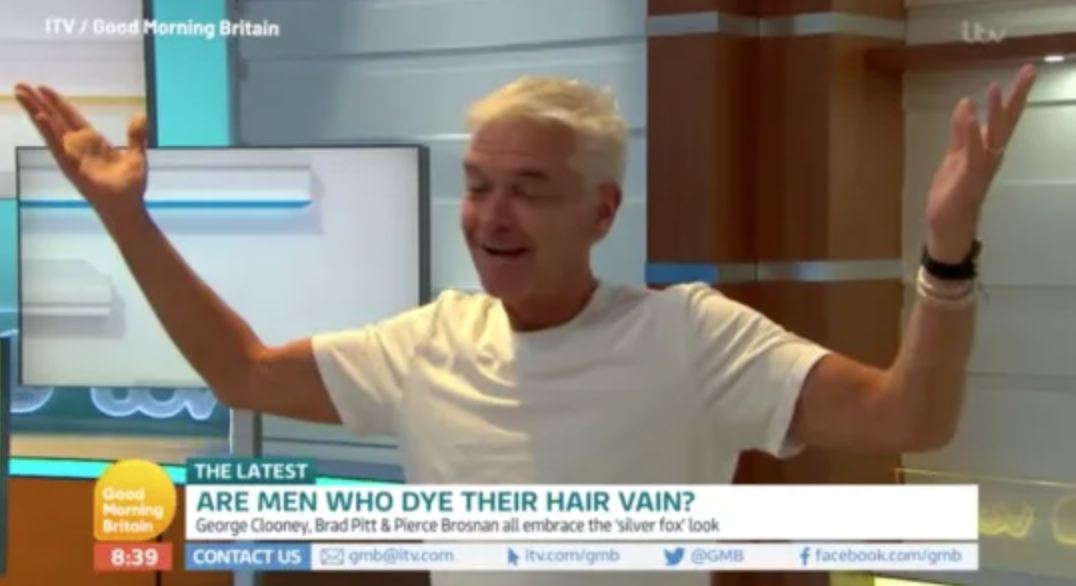 Susanna Reid and Ben Shephard were having a debate with video guests Richard Blackwood and Jake Quickenden.

They were discussing whether men who dye their grey hair are vain and whether being vain is a negative thing.

Then up popped arguably the most famous silver fox in the country.

When asked why he didn’t dye his own hair, Phil said: "I got bored and [dyeing your hair] is expensive." 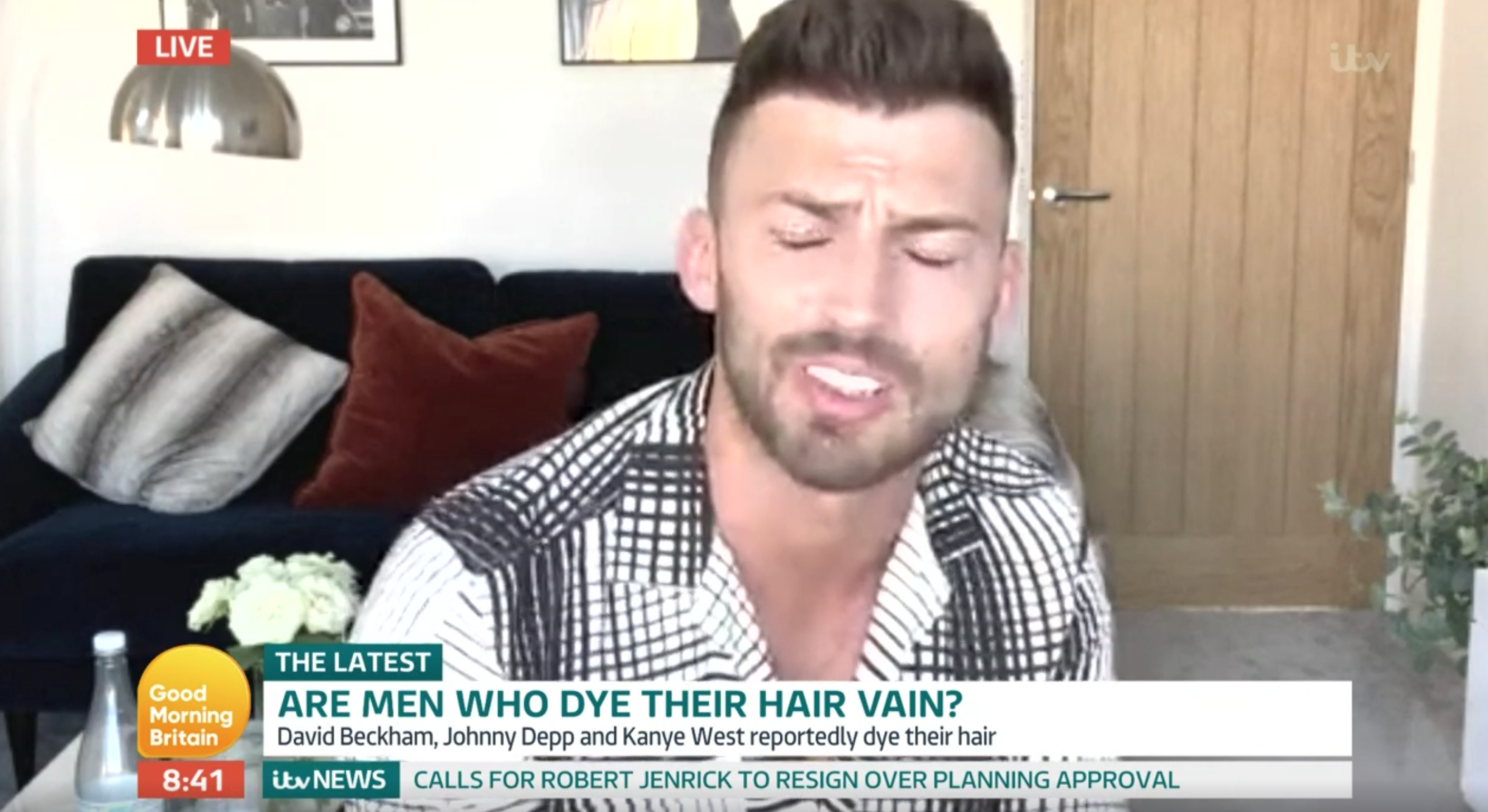 Jake sees nothing wrong in covering his greys (Credit: ITV)

Jake, who dyes his dark hair to cover grey bits, chimed in that he wouldn’t bother if he looked like Schofe.

The 31-year-old singer and actor said he coloured his hair for himself not other people.

We keep saying vain like it’s a negative, it’s not a negative.

"We live in a world now where we have to make ourselves happy," he argued.

"It’s not vain to do something for yourself, it’s like going to the gym.

"If I looked as good as Martin Kemp and George Clooney, I’d let it happen…

"I’ve dyed my hair pink, I’ve had streaks, it’s never about being vain." 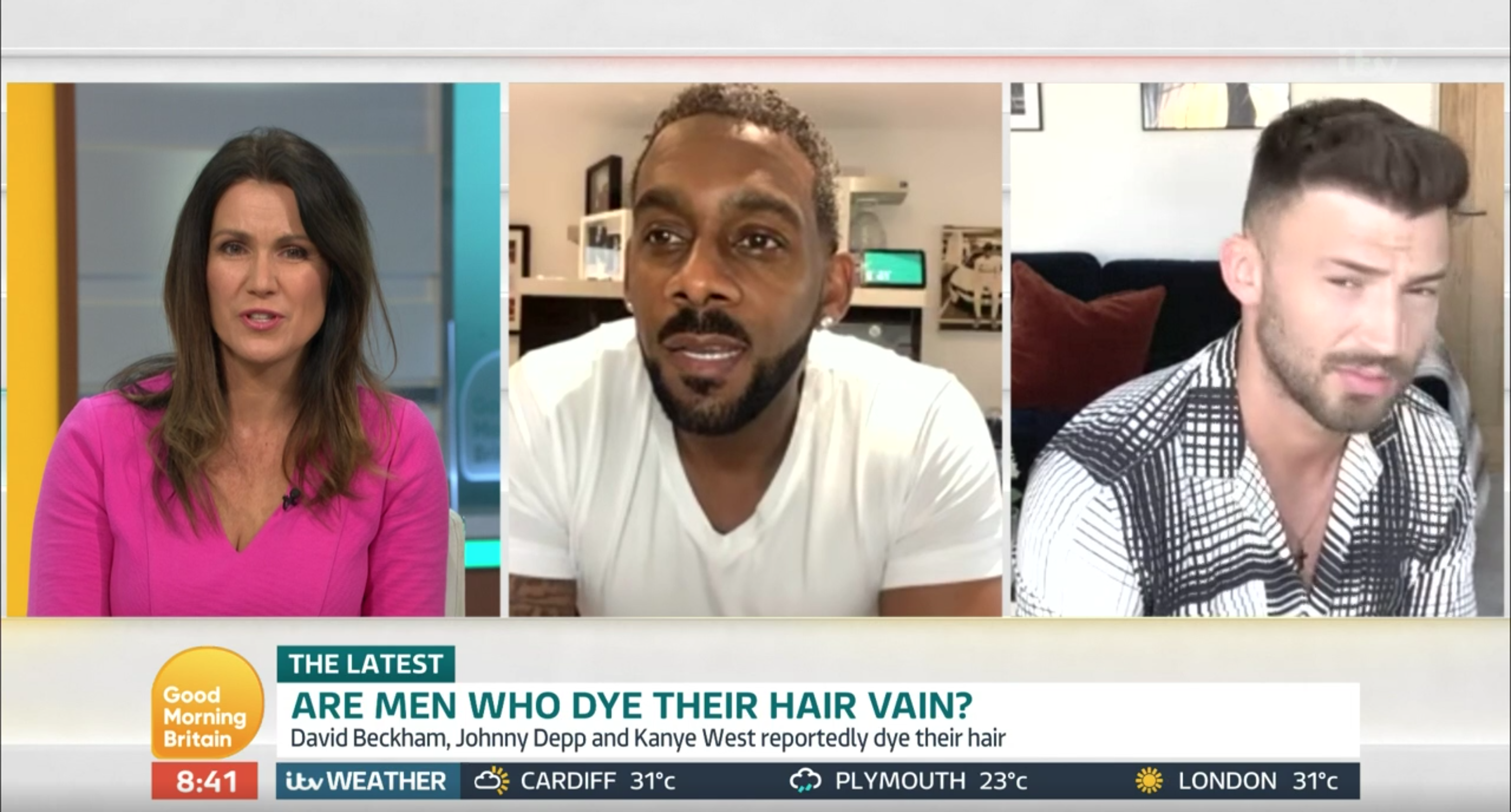 Richard says there is nothing wrong in being vain (Credit: ITV)

Soap star Richard, 48, doesn’t hide his grey hairs but reasoned that there is being vain isn’t a bad thing.

"There’s nothing wrong with being vain and loving yourself and your appearance," he said.

"We keep saying vain like it’s a negative, it’s not a negative.

"Vanity just means you want to embrace they way you look and enhance that."

Do you or you partner dye your hair to cover grey or prefer to go natural?