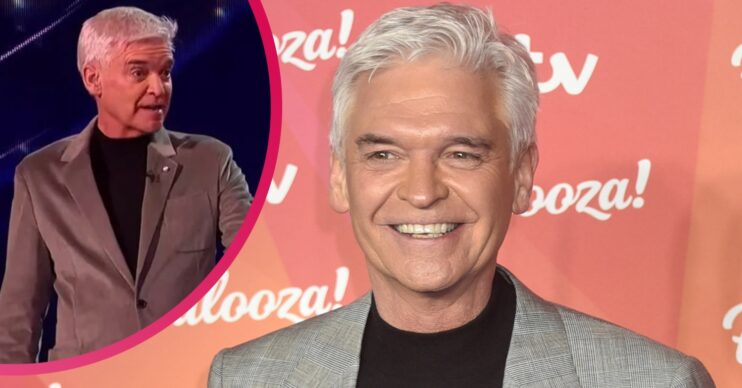 Phillip Schofield will reportedly be replaced by Stephen Mulhern on Dancing On Ice this weekend.

The 59-year-old presenter recently tested positive for coronavirus, forcing him to miss hosting duties on This Morning.

As a result, Phillip will also be unable to host Sunday’s edition of the skating show alongside Holly Willoughby.

But who will take over?

According to The Mirror, Stephen will reportedly join Holly on the ITV show this Sunday (January 6).

A source told the publication: “While Phil is off recovering, Stephen was delighted to be asked to step in to fill his shoes and present alongside Holly.

The 44-year-old host already works across various ITV shows, including Catchphrase and In For A Penny.

The NHS website currently states that a person is able to leave self-isolation after five full days if certain conditions are met.

Before Phillip can return to the present this weekend, he must pass two negative lateral flow tests.

Read more: Dancing On Ice: Stars who could ‘replace Phillip Schofield’ if he misses show

Meanwhile, Phillip shared the news of his positive test with fans on Monday.

Alongside the image of his COVID test, he said: “Oh [bleep]. Currently just a slightly sore throat.”

This week, his hosting duties on This Morning have been covered by Alison Hammond, Vernon Kay and Josie Gibson.

Phillip has continued to update fans throughout quarantine.

On his second day of isolation, the star revealed that he was working his way through his remaining freezer food.

He shared: “One of my ‘to do’ jobs was to sort out the freezer.

“Now I’m eating my way through it!”

Meanwhile, on his fourth day of quarantine yesterday (February 3), Phil revealed that he is still very much positive.

It came after the presenter shared a photo of two contrasting lateral flow tests.

The first showed a positive test, which Phil captioned: “The one I keep getting.”

However, the second joke test featured the words “go to the pub”.

“The one I want. Feeling 100 percent well in quarantine,” he added, reassuring his fans about his health.